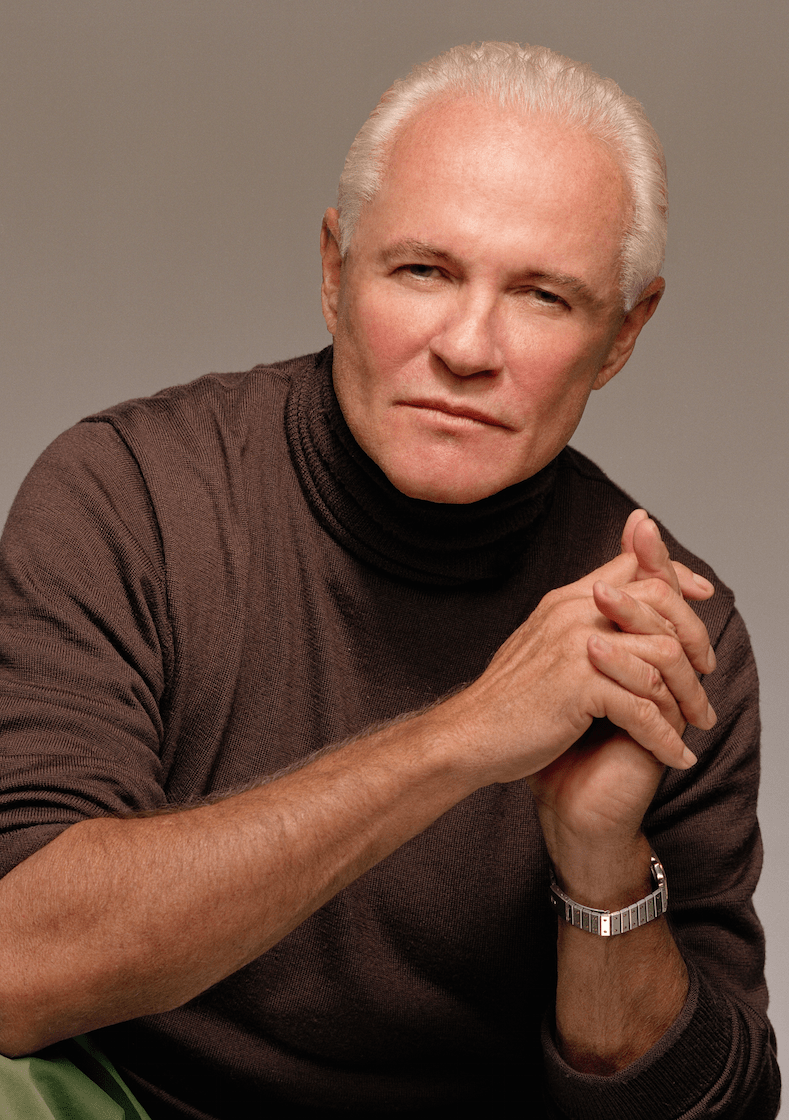 Coachella Valley Repertory Theater (CVRep) is proud to announce that iconic and legendary photographer Michael Childers will be honored at the Luminary Luncheon, an exclusive entertainment and fundraising experience, on Thursday, February 17, 2022 at 12:00 N with a special sponsor reception at 11:15 AM at the beautiful Westin Mission Hills, Rancho Mirage. Childers has captured through his lens, some of the most renowned portraits of Hollywood and music icons and produced numerous award-winning films. For 16 years, he’s had the biggest hit in the Coachella Valley with sold out performances of One Night Only. This year’s production at the McCallum Theatre will be held Wednesday, November 9, 2022 and will benefit the Barbara Sinatra Children’s Center.

From his photographic work at Sir Laurence Olivier’s National Theater in London, to 200+ magazine covers including, among others, Vogue, GQ, Dance, Esquire, and Elle, to being a founding photographer for Andy Warhol’s Interview and After Dark magazines manging to capture an inner vibrancy and rare portrayal of all his subjects. In typical Michael Childers fashion, he has gathered together his long-time celebrity friends to share anecdotes about his life photographing the most prolific high-profile actors, musicians, artists and authors.

Announcing the luncheon will be renowned voice-over artist Gary Shaw. Peter Daut, Weekday Anchor and Reporter at KESQ-TV, will interview his friend Michael to get a glimpse inside his extraordinary world, who truly is a living legend, with a scope of artistic work realized by very few others.

Stefanie Powers is best known for her role as Jennifer Hart on the mystery TV series Hart to Hart, for which she received nominations for two Primetime Emmy® Awards and five Golden Globe® Awards. In Kenya, she runs the William Holden Wildlife Foundation (WHWF), an organization that promotes conservation and environmental stewardship through educational programs.

Bob Mackie is an internationally known American fashion designer and costumier, best known for his dressing of entertainment icons such as Cher and the Sonny & Cher Show, Ann-Margret, Lucille Ball, Carol Burnett, Diahann Carroll, Mitzi Gaynor and Carol Channing. Bob has won nine Emmy® Awards, three Academy® Award nominations, and was inducted into the Television Academy Hall of Fame. He received a 2019 Tony® Award, Drama Desk® Award, and Outer Critics Circle® Award for his work on The Cher Show.

Greg Gorman is known for his stark, honest portraits of the most famous and infamous faces from the worlds of entertainment, art, sports and music. Over the years, Greg has been acknowledged for his contribution to the world of photography, most recently being recognized by The Professional Photographers of America (Lifetime Achievement Award in Portraiture) as well as The Lucie Awards for Portraiture.

His charitable works by such organizations as The Elton John Aids Foundation, The Oscar de La Hoya Foundation and Paws LA to name but a few of the many charities he supports.

David Zippel is a lyricist and director. His lyrics have won him the Tony® Award, two Academy® Award nominations, two Grammy® Award nominations, and three Golden Globe® Award nominations. His songs appear on over twenty-five million CDs around the world, and have been recorded by many iconic singers including: Stevie Wonder, Christina Aguilera, Mel Torme, Ricky Martin, Cleo Laine, Barbara Cook and Nancy LaMott.
Zippel’s current hit is Andrew Loyd Weber’s Cinderella playing now through May 2022 at the Gillian Lynne Theatre in the West End of London. He is also known for writing the songs to Disney’s Hercules (1997) and Mulan (1998) with Alan Menken and Mathew Wilder.

Julie Garnyé with Todd Schroeder as music director will treat guests to a special musical performance. Garnyé is an actress, singer, voiceover artist, writer, producer and director.
She was most recently seen in “Les Misérables” at the Hollywood Bowl, an original cast member of the first national tour of the Broadway hit “Come from Away” and as Bulda/Queen Iduna in “Frozen Live” at the Hyperion Theatre at the Disneyland Resort in Southern California.

She is also the singing voice of the fairy Lyria in the “Tinker Bell” series of films for Disney Animation. Theatre highlights include: Grizabella in the 5th national tour of the musical CATS, Broadway’s HAIR in Concert and CHESS in Concert at The New Amsterdam Theatre.

CVRep is a 501(c)(3) non-profit educational, dramatic and musical theatre organization whose mission is to present thought-provoking, innovative theater of substance, and outreach programs that enrich enhance and impact the quality of life for residents and visitors in the Coachella Valley.
To purchase tickets for upcoming events visit www.CVRep.org.