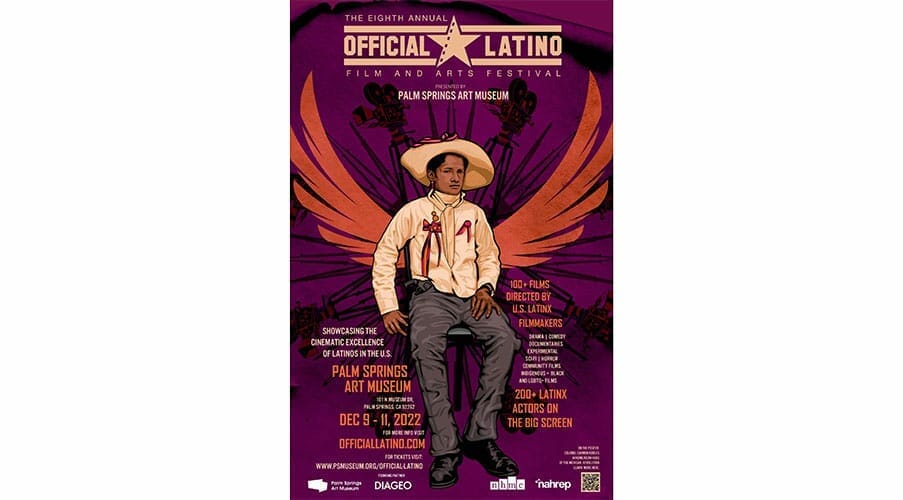 Palm Springs Art Museum is proud to announce a partnership with the Official Latino Film and Arts Festival, now in its eighth edition. The three-day festival, which is the first to focus primarily on U.S. Latinx filmmakers, will screen over 100 films showcasing more than 200 Latinx actors, and the majority of films will be presented in English. The weekend will also feature a closing reception and will culminate with an awards ceremony in the theater.