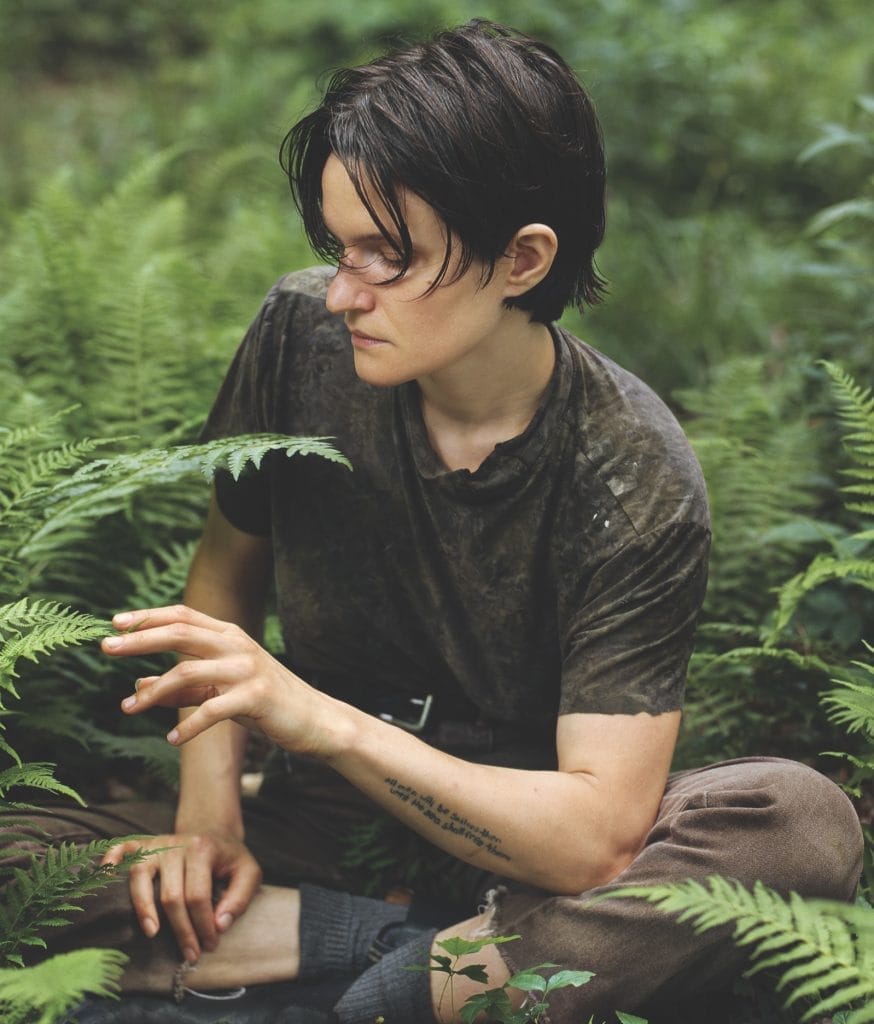 Adrianne Lenker Performs at Pappy and Harriet’s in Pioneertown

It was early March 2020 and the Big Thief tour had just been cut short, so I flew from Europe to NYC. It just so happened that there was a little cabin available for rent right next door to Zoe and Brian in the mountains in Western MA. So I grabbed my truck and drove out to the country. As I settled into the cabin over the course of a month, I grew really connected to the space itself. The one room cabin felt like the inside of an acoustic guitar — it was such a joy to hear the notes reverberate in the space . I got a hankering to capture it, so I called my friend Phil and asked “How’d you like to get outta the city and make a record that sounds like the inside of an acoustic guitar?” Phil said “100%” and by the grace of some of our dear friends, we were able to gather the materials needed. Brendan lent us about 45 tape machines. Eli lent us a binaural head (which looked remarkably like Phil), and Shahzad lent us a pile of XLR cables. I drove into the city at 5am on the 20th of April, scooped up Phil and then we filled my truck to the brim as we stopped and gathered the gear along the way back to Massachusetts.

We unloaded all of the equipment into the small cabin and began setting up. Unfortunately, one of the first things that happened was the unstable electricity fried four of our tape machines, including the Otari 8 track. Bill tried to fix it at his shop in Sturbridge, but it was beyond repair.After almost three weeks of setup and troubleshooting, the studio finally was operating — although the only functioning tape recorder we had was Phil’s battery powered Sony Walkman. We felt at peace with the idea that we might just be recording the whole record on cassette tape, but that would have meant no overdubs, so I’m grateful for the rescue Otari 8 Track that Brendan was able to dig out of storage and deliver to us right before we had lost all hope.

I had a handful of songs that I was planning on recording, but by the time Phil arrived I was on a whole new level of heartsick and the songs were flying through my ears. I was basically lying in the dirt half the time. We went with the flow. A lot of the focus was on getting nourishment from our meals. We cooked directly on the woodstove, and we went on walks to the creek every day to bathe.

Nine of these songs were written freshly during the recording session. We began and closed each day with an improvised acoustic guitar instrumental, and we made a collage of our favorite pieces, which became the first side of the instrumentals album.

I’m grateful that this music has come into existence. These songs have helped me heal. I hope that at least in some small way this music can be a friend to you.