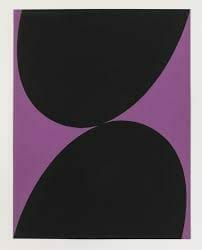 This exhibition presents the work of the innovative painter, Leon Polk Smith (1906-1996), whose significant contributions to twentieth-century art are becoming increasingly recognized. This presentation focuses on paintings and works on paper from the 1950s when Smith’s mature style began to flourish. Using a vocabulary of brilliant colors and simple, minimal forms, he challenged some of the most fundamental conventions of painting by dissolving the distinction between foreground and background and freeing his paintings from the boundaries of a rectangular format.

Born to half-Cherokee parents, Smith grew up and worked on his family’s farm in Oklahoma. At age twenty-seven, Smith became fascinated by art, enrolled in a painting class during his senior year in college and decided to become an artist. In 1952, at age forty-six, Smith moved full time to New York City. Soon afterwards, his groundbreaking paintings attracted the attention of art dealers and several ambitious young abstract artists. Though Smith was never as widely recognized as some of his peers, he was a pioneer of “Hard-Edge Painting,” a movement characterized by clean, unvarying, sharply refined fields of color.

Special thanks to the Leon Polk Smith Foundation.