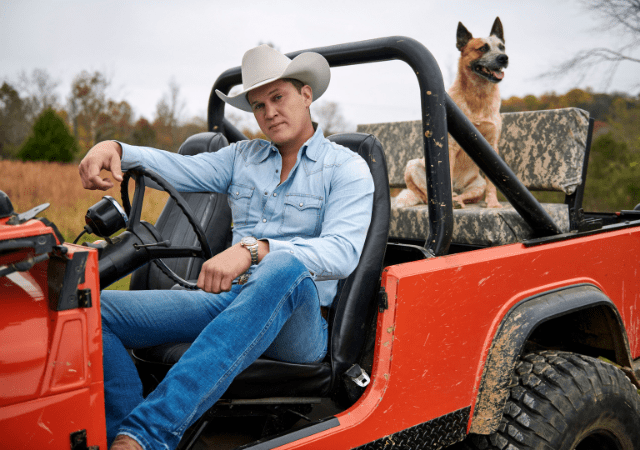 Country superstar Jon Pardi, known for his traditional country music style, will perform his hits at the Special Events Center at Fantasy Springs Resort Casino on Friday, March 18, 2022 at 8 p.m. Tickets start at $39 and go on sale at 10 a.m. on Friday, Dec. 17 at the Fantasy Springs Box Office, via phone (800) 827-2946 and online at www.FantasySpringsResort.com.

The Country Music Association and Academy of Country Music award-winner released his latest single, “Tequila Little Time,” in 2019 as a follow-up to his Platinum-certified No. 1 song, “Heartache Medication” and his Billboard Top 5 hit “Ain’t Always The Cowboy.”

“Heartache Medication” followed the release of “Ain’t Always The Cowboy” (Western Version) and “Rancho Fiesta Sessions,” an eight-song album that features a combination of songs Pardi is inspired by and loves to perform such as “Nothing Compares 2 U,” “Honky Tonk Man,” and “The Bottle Let Me Down.”

“Heartache Medication” debuted among the top albums on Billboard’s Country Albums chart and was named on Rolling Stone’s “Best Albums of the Year” and landed in the No. 4 spot on The Los Angeles Times’ “Best Albums of the Year” list as the only country artist/album represented. Dubbed a “hero in the making” by Variety, Pardi is noted for his “long-lasting mark on the genre” by Music Row and his impressive ability to carve out his own path creating “the kind of country music multiple generations came to know and love, can still work on a mass scale,” according to Variety.

Tickets for Jon Pardi start at $39. For more information, contact the Fantasy Springs Box Office via phone (800) 827-2946 and online at www.FantasySpringsResort.com.