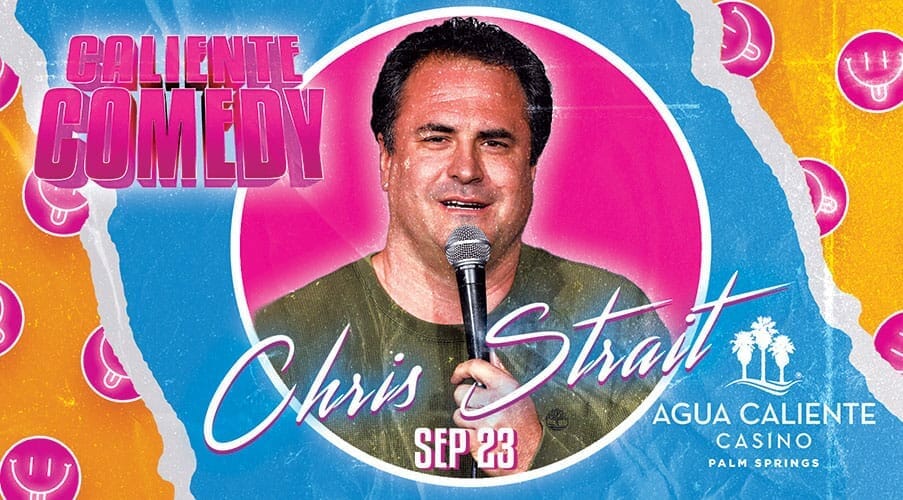 If your type of comedian is someone who reminds us all how funny we all are, Chris Strait is for you! No topic is off limits for the California native, but he’s just telling his story.

Born and raised in Los Angeles, Strait is a study in what happens when a man spends his formative years standing out. From being the only white guy among black guys in the neighborhood, to being the only tall guy among short guys in the boxing gym, to being the only man among women in grad school, Strait became an expert on people. If you don’t believe me, try and count how many times you laugh while saying “that is so true!” He tells it like it is, never losing his smile!

Strait headlines comedy clubs, private events, and colleges all over the U.S. and Canada. You may see him every week on TRU-TV’s, The Smoking Gun Presents, “Worl’ds Dumbest.” You may also have also seen him as a commentator on the E! channel, and the National Lampoon film, “Lost Reality 2.″ He has also done stand-up on Starz and Playboy. In addition, Strait has entertained the troops in the Middle East, Cuba, Japan, and Europe, and has hosting his own boxing/commentary podcast. www.stickandmoveshow.com / www.str8boxing.com