Cindy William Starring In Me, Myself & Shirley at the Annenberg Theater at Palm Springs Art Museum - Palm Springs Life % 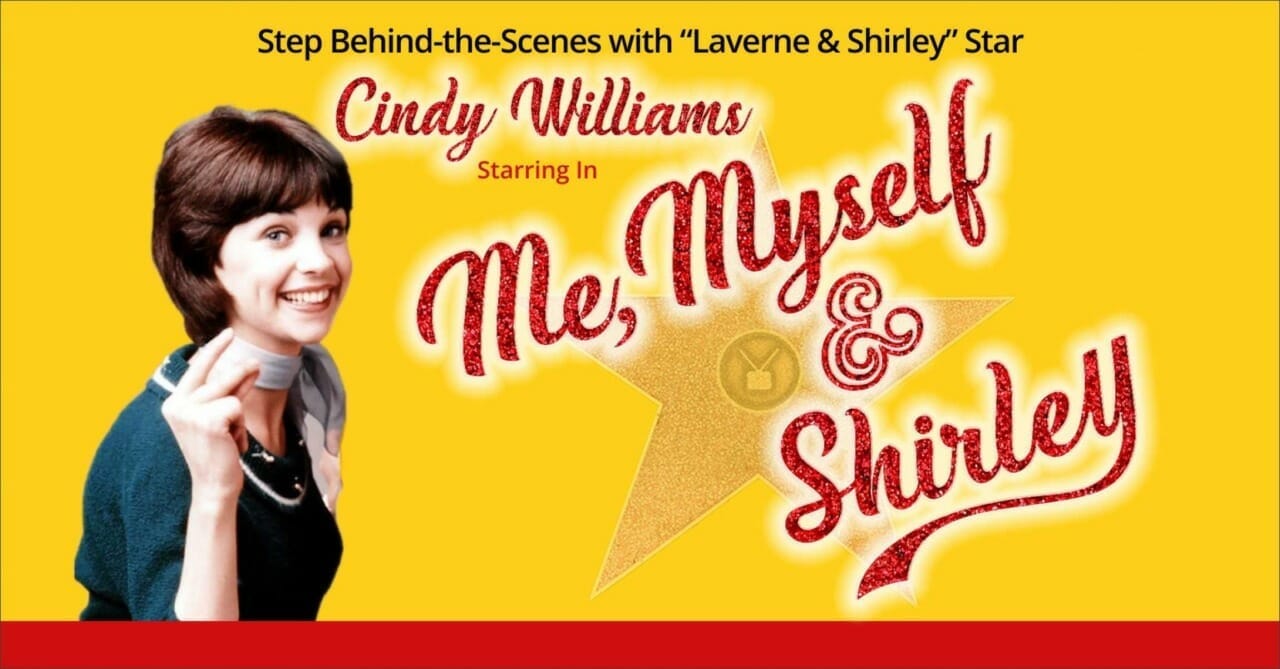 Cindy William Starring In Me, Myself & Shirley at the Annenberg Theater at Palm Springs Art Museum

Cindy William Starring In
Me, Myself & Shirley

A one-woman show sharing the stories of the career of Cindy Williams, star of TV’s iconic comedy, “Laverne & Shirley”. 90 minutes with no intermission followed by a Question & Answer session.

Best known for her iconic role as Shirley Feeney in the hit television series, “Laverne & Shirley,” Cindy Williams is a versatile actress and comedienne who overcame a challenging childhood to pursue her love of acting and found stardom. Cindy shares her memories and hilarious backstage tales in “Me, Myself & Shirley” covering a lifetime in entertainment.

Her friends and co-stars include Penny Marshall, Ron Howard, Harrison Ford, Henry Winkler, Richard Dreyfus, Gene Hackman, Dame Maggie Smith, and Robert Duval. Come hear the stories, the secrets, the embarrassing moments, and the highs and lows of Cindy’s life in Hollywood, (and maybe relive a favorite scene or two