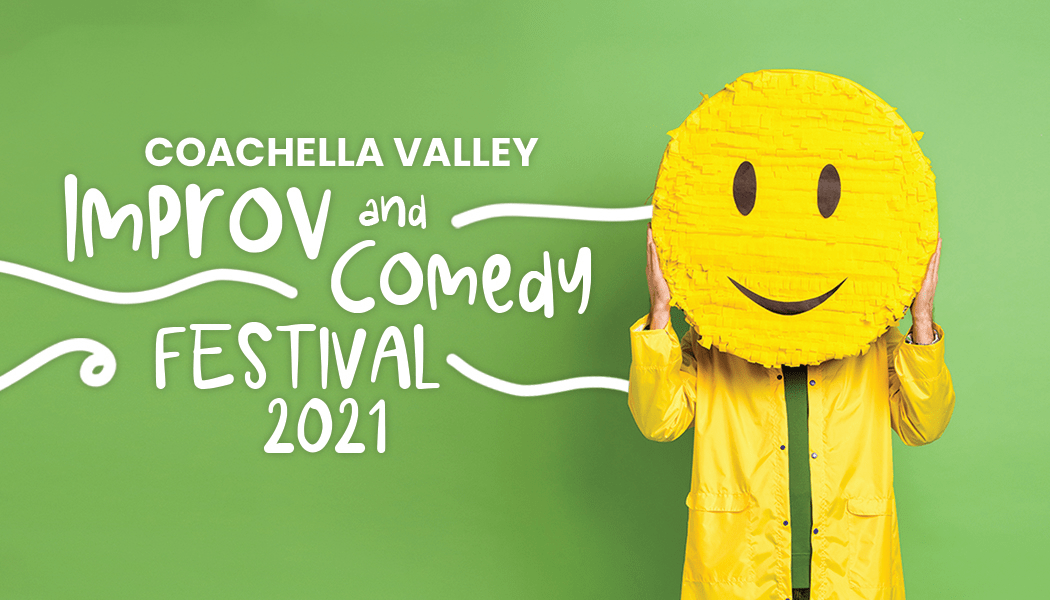 Individual Tickets will be available for purchase soon.

Improvisational Acting Workshop with redDoor (Justin
Michael Terry & Ryan Marsico)
Tickets: $20
Exploring elements of Viewpoints, Laban and the teachings of Moni Yakim,
redDoor will guide fun, physical explorations that will get you out of your
head and into your body, opening up your level of play and broadening
your character repertoire beyond funny walks and voices… which you will
also probably do. Come ready to move!

The Business of Show Business – Workshop with actor and comedian Jason Stuart
Tickets: $20
There is a lot of “business” that needs to be done in order to break into and sustain a career in show business. Jason Stuart, winner of the standup comedy category at last year’s festival, shares the story of his lengthy career and how he got into a business that did not want or need him. Then he will work with each class participant individually to give advice and feedback on their approach to the business aspect of show business, including pictures, resumes, bios and social media.

Improv & Sketch Showcase/Competition ~ 2:30pm-6:45pm
Tickets: $20
Come see rising stars as well as established acts from the world of Improv and Sketch Comedy and
vote for your favorites! Our selection committee of industry professionals has viewed hundreds of
submissions from across the country to provide you with the best of the fest! If you like “Whose
Line Is It Anyway” or “Saturday Night Live,” you will love this day of celebrating these fun and
creative art forms. With a new act every 30 minutes, you can come and go as you please.

Tom Dreesen on The Late Show with David Letterman
Tom Dreesen – “Still Standing” ~ 7:30pm-8:15pm
Tickets: $40
Come celebrate with comedy legend Tom Dreesen as he shares his inspiring stories from over 50 years in show business. Tom has made over 500 appearances on national television as a stand-up comedian, including more than 60 appearances on The Tonight Show. He was one of David Letterman’s favorite guests and frequently hosted the show in Letterman’s absence. He also appeared countless times in Las Vegas, Tahoe, Reno, and Atlantic City with artists like Smokey Robinson, Liza Minnelli, and Sammy Davis, Jr. And, for 13 years, he toured the nation as the opening act for Frank Sinatra. Hear him tell you for himself about how he rose from his humble beginnings as a shoe shine boy in South Side Chicago.

A longtime veteran of stand-up comedy, Jason Stuart was born in the Bronx and raised in the Fairfax district of Los Angeles. A self-described insecure Jewish kid who turned to theatre and performing to mask his emerging sexual identity – he jokes about going to see Barbra Streisand in “Funny Girl” as a youth and falling in love with Omar Sharif. His talent and determination got him some early professional work in films like “Kindergarten Cop,” “Vegas Vacation,” and TV shows like “Murder, She Wrote” and “The Drew Carey Show.” But by the early- 90s, frustrated by years of living in the closet, Stuart chose to come out publicly on an episode of Geraldo Rivera’s talk show focused on “Unconventional Comedians.” These days, Stuart keeps his comedy chops polished through stand-up gigs all over the country as well as his speaking tour “Coming Out in Hollywood: Being out in the workplace”. He continues to serve as the National Co-Chairman of the SAG-AFTRA LGBTQ Committee(which he created), and has a memoir about to be published from CCB Publishing (“Shut Up, I’m Talking!”) He’s also just completed a number of projects, including a new comedy web series “Smothered,” co-created with Mitch Hara; He also played the title role in the short “Hank” from director Hongyu Li and co-starring Jay Disney, about a gay couple who consider an open relationship, which continues to earn praise at numerous festivals, including winning the Best LGBTQ Short at this year’s Los Angeles International Film Festival. Dubbed as “the gay Don Rickles,” Jason was voted the audience favorite in the stand up category at our last festival.

redDoor is a multi award winning comedy writing/improv duo from Los
Angeles, California. Justin Michael Terry and Ryan Marsico perform
from a joyous place and you can see that on stage. redDoor will take
you into their wheelhouse of accents, huge characters and crisp
space work to show you that anything is possible behind the redDoor.
Hitting the stage with high energy, power listening and seamless
editing, redDoor is a great example of fast and furious team work.
redDoor was voted the overall favorite act by the audience at our last
festival.

Mary Gallagher on The Late Show with Stephen Colbert
GETTING ON LATE NIGHT TV with Mary Gallagher
Comedian, writer, actor and host Mary Gallagher made her national television stand-up comedy debut in 2018 on THE LATE SHOW WITH STEPHEN COLBERT. Mary will share what helped her get serious about booking a Late Night set after a long hiatus from stand-up while raising her daughter. In 2019, she taped her second TV set on Amazon Prime’s LAUGH AFTER DARK and just filmed a Dry Bar special in June of 2021. In 2019, she was a finalist in Montreal’s “Just For Laughs” Comedy Festival in Stand Up & Pitch with her web series BE MY THERAPIST. Mary’s been on FRIENDS, HOW I MET YOUR MOTHER, NCIS, GREY’S ANATOMY, THE WEST WING, David Spade’s FAMELESS, and is currently on Netflix’s PRANK ENCOUNTERS. She’ll share tips for connecting emotionally with material and standing up… for yourself.

Stand-Up Comedy Showcase & Competition ~ 2:30pm-5:15pm
Tickets: $20
Our selection committee of industry professionals has viewed hundreds of submissions from across the country to provide you with the best of the fest! If you like to laugh, you will love this day of celebrating stand-up comedy. With a new act every 15 minutes, you can come and go as you please.

Joyce Bulifant’s extensive credits on stage and TV have made her a familiar face and popular personality. Most notably, as Marie on the “Mary Tyler Moore Show” playing Gavin MacLeod’s `wife. Also, the film, “Airplane”, the Disney Musical, “The Happiest Millionaire” and many appearances on Game Show’s especially “ Matchgame”. Under contract at Universal she guest starred with Fred Astaire and on The Virginian, Destry Rides Again, Thriller and many others. Among her many TV credits are starring on Perry Mason, Gunsmoke, My Three Sons, Just Shoot Me and Weird Science. She has performed in many theatres across the United States. Miss Bulifant has completed a memoir, “My Four Hollywood Husbands”

Doing stand up comedy for over 30 years, Steve Bluestein has finally come into his own as a playwright and author. The founding member of the Groundlings Theater has had a varied and broad career as a tv writer, a stand-up comedian, playwright and author. Steve is the author of three books: “MEMOIR OF A NOBODY”. “TAKE MY PROSTATE…. PLEASE!” and “ POINT OF PINES” Steve is quoted as saying, “Of all the things I’ve done in my career, I’m most proud of my books. I was always in control of my comedy.

Now I put it on the page and the reader is in control. It’s a whole new experience for me and I’m loving every minute of it.” While in semi-retirement he keeps going with one new project after another. The latest being his talk show “LET ME SAY

Mary Gallagher had her national TV stand-up comedy debut on The Late Show with Stephen Colbert in 2018 and her second TV set of stand-up premiered in August 2019 on Amazon Prime’s Laugh After Dark. Her new TV series Prank Encounters w/ Gaten Matarazzo (Stranger

See Description of the event