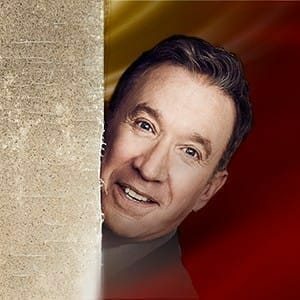 Tim Allen is an American actor, comedian, voice over artist, entertainer, and writer. After struggling for years as a stand-up comedian at the comedy clubs in Los Angeles and appearing in small-time cable shows and television commercials, Allen received his big breakthrough with ABC’s sitcom ‘Home Improvement.’ The series ran for eight years and kick-started Allen’s acting career and established him as an actor and comedian in Hollywood. After appearing in the sitcom, he landed meaty roles in movies like ‘Galaxy Quest’ and ‘The Santa Clause’ film series. He also voiced ‘Buzz Lightyear’ in the ‘Toy Story’ film series.