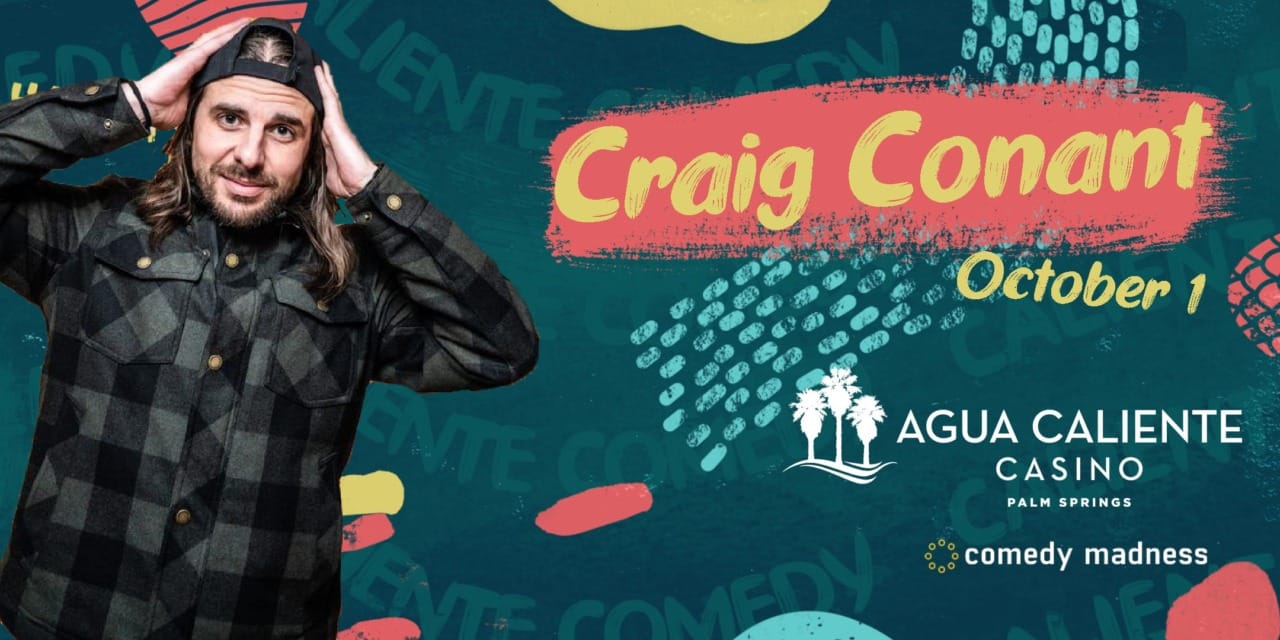 Comedy Madness Presents:
Caliente Comedy Nights
Friday October 1st with headliner:
Craig Conant
Here are things to know before you go:
• Must be 21 or over
• Doors open at 7pm with a 8pm showtime
• Drinks served throughout the show
• All ticket purchases are final, no refunds or exchanges
• Free covered parking in attached garage

Breakout sensation Craig Conant has amassed a legion of die hard fans. A master of story telling, his one of a kind style of humor has produced viral videos with millions of views. His tour titled “Loosey Goosey” sold out theaters throughout the US and continues to garner critical praise.

Craig was the standout “New Face” at the prestigious Just For Laughs Festival in Montreal. His podcast Community Service, has featured Bill Burr and gained a top rank amongst the Apple charts. Born in Los Angeles to a Mexican mother and an angry white father growing up with a lot of baseball and illegal fireworks. Conant is now sober, (despite the look on his face), and has appeared on MTV’s “Greatest Party Story Ever Told” where he received accolades for his unique comedic voice.
And he was also fired from Trader Joe’s….come find out why!