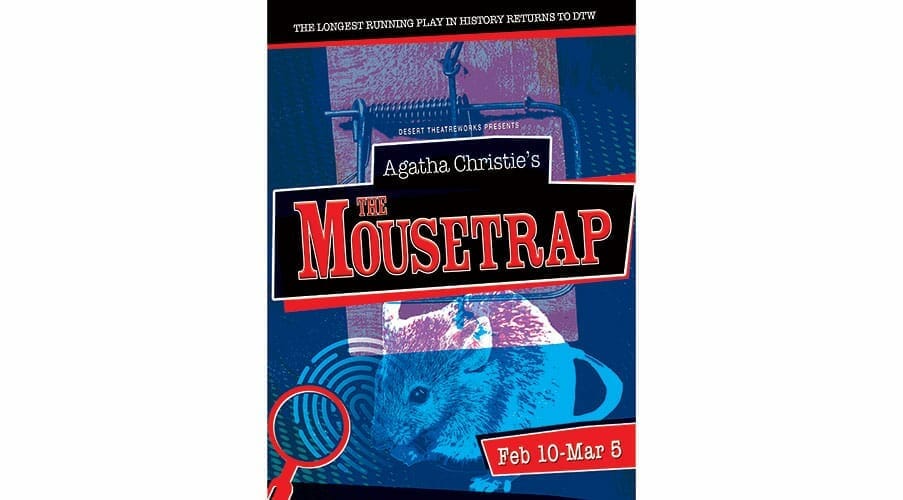 For almost 70 years, Agatha Christie’s The Mousetrap has kept millions of people from every corner of the globe on the edge of their seats. This thrilling murder mystery from the best-selling novelist of all time returns to Desert TheatreWorks with our signature twist. As news spreads of a murder in London, a group of seven strangers find themselves snowed in at a stately countryside guesthouse with a killer in their midst! Which one is the murderer? Who will be their next victim? Can you solve the mystery before another “mouse” succumbs to the trap? Join us for suspenseful fun courtesy of the longest-running play in history.