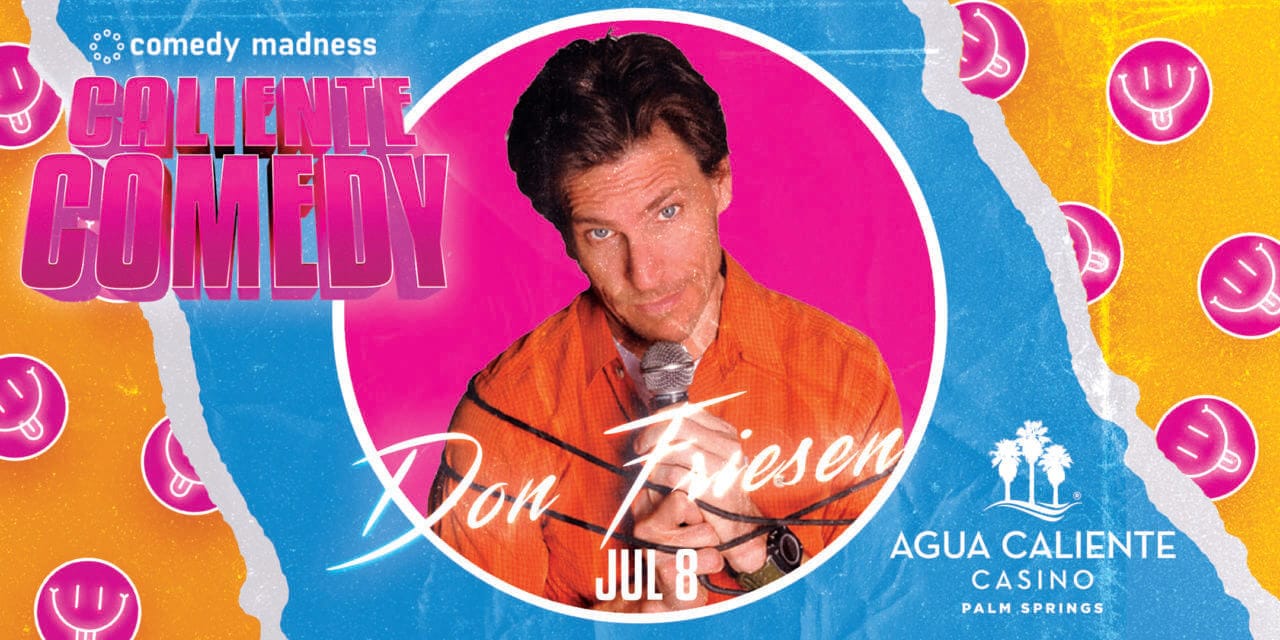 Comedy Madness Presents:
Caliente Comedy Nights
Friday July 8th with headliner :
Don Friesen
Here are things to know before you go:
• Must be 21 or over
• Doors open at 7pm with a 8pm showtime
• Drinks served throughout the show
• All ticket purchases are final, no refunds or exchanges
• Free covered parking in attached garage

Visit @comedymadnessshow on Instagram for past show line ups, pictures and to DM us with questions.
Comedy Madness is one of the largest stand up comedy promotions companies in the world, producing thousands of shows in North America since 2009, including weekly showcases in Los Angeles at the Comedy Store, Laugh Factory and Ice House Comedy Club.
From Caroline’s on Broadway to the Comedy Store on Sunset, all of your favorite comics have performed on the Comedy Madness Show.
About Don:
His kids think he’s fun. His wife thinks he’s an idiot. Audiences think he’s hilarious! Don is a modern suburban dad just trying to raise his kids and get through the day with a bit of money in the bank and a scrap of dignity intact.
With a unique style that can best be described as frenetic and engaging, Don captures the irony of parenting, marriage and everyday absurdities through characters, voices, parodies and some of the best written routines around.
He’s a wanna-be geek who constantly upgrades to the latest technology, but can never get it to work, leading to signature bits about tech support, Idiots Guides, texting and passwords.
Friesen has recently taken his smart, savvy, and highly-caffeinated comedy to the stage at the Alex Theatre in Glendale, CA, for the taping of his new Showtime one-hour special titled “Ask Your Mom.” In his first nationally released concert special, Don delivers a winnng hour of clever, true-to-life “he’s talking about my family up there” comedy that manages to be adult-smart yet family-friendly.