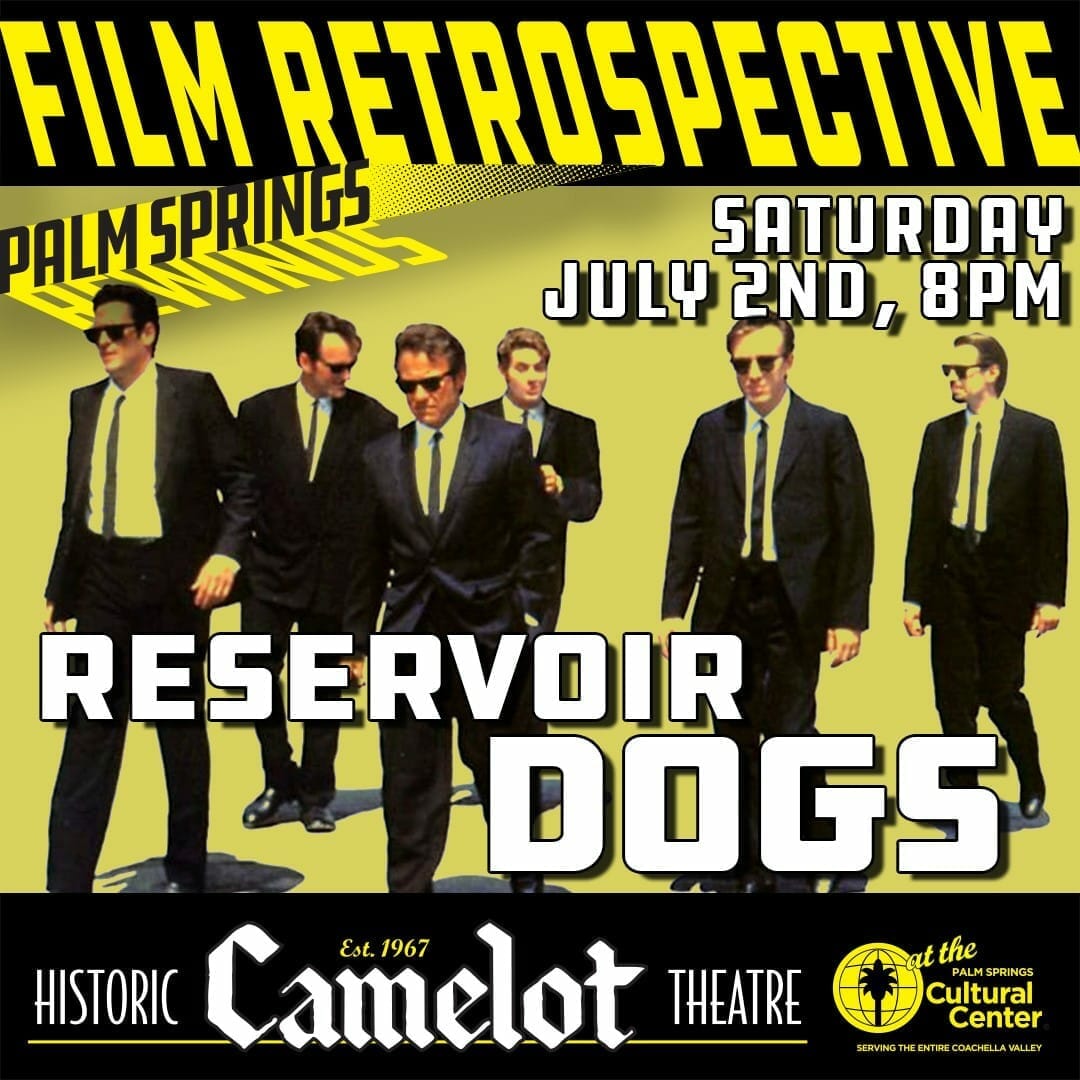 The Palm Springs Cultural Center will screen Quentin Tarantino’s must-see films in their Historic Camelot Theatre on Saturday nights at 8pm during the month of July. The screenings are part of the Palm Springs Rewinds series, a summer-long film retrospective featuring the definitive films of acclaimed contemporary directors.

The July Quentin Tarantino retrospective is sponsored by Off the Charts Dispensary & Lounge. Palm Springs Rewinds debuted in June with a look back at three of the Coen Brothers’ most beloved films: The Big Lebowski, Fargo, and O Brother, Where Art Thou? The final installment of the series will feature the work of Wes Anderson in the month of August. Movie fans can purchase All Access Film Passes, which admit entry to every screening in the PS Rewinds series.

The Camelot boasts one of the largest screens in the Coachella Valley with a state-of-the-art sound system, as well as a full bar, which opens ninety minutes before showtime.

Program Director Lauren Wolfer said, “It’s incredibly special to experience these films as they were meant to be seen- on the big screen in a crowd of fans. We’ve been blown away by the enthusiasm from the audiences at these screenings, and we’re deeply proud of the quality of the presentation at the Camelot, which is completely unparalleled in our region.”

RESERVOIR DOGS (1992) Six criminals with pseudonyms, and each strangers to one another, are hired to carry out a robbery. The heist is ambushed by police and the gang are forced to shoot their way out. At their warehouse rendezvous, the survivors, realising that they were set up, try to find the traitor in their midst. Starring Harvey Keitel, Tim Roth, Chris Penn, Steve Buscemi, Lawrence Tierney, Michael Madsen, Quentin Tarantino, and Edward Bunker.