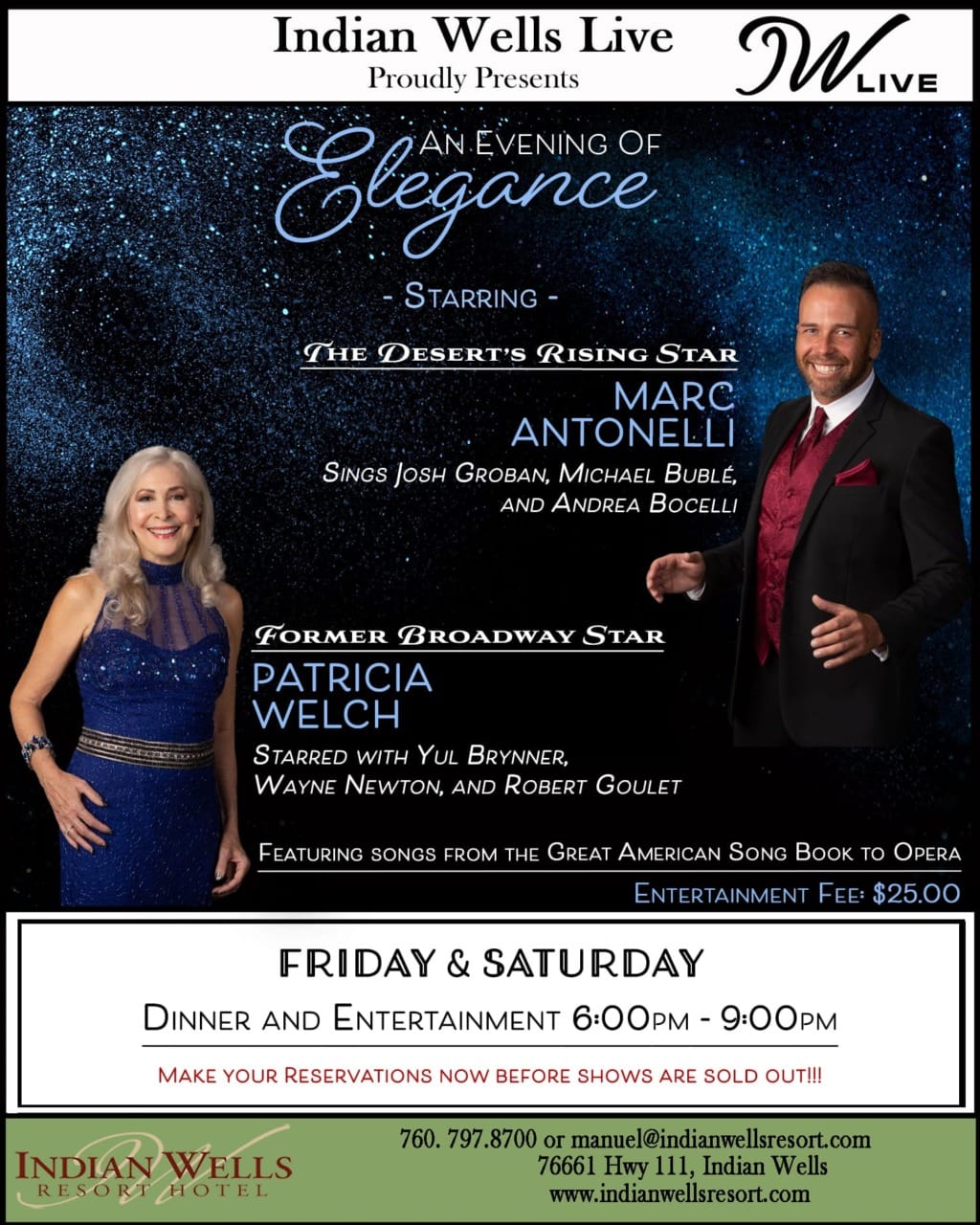 Patricia Welch, who starred with Yul Brynner in “The King And I”, also starred with Robert Goulet and was a featured soloist with Wayne Newton.

Marc Antonelli sings the songs of Josh Groban, Michael Buble’, and Andrea Bocelli. Along with many beautiful duets, these two dynamic singers perform songs from the Great American Songbook. A wide variety of entrees can be ordered directly from the menu. Entertainment fee: $25

For Reservations call: 760-797-8700 or email: manuel@indianwellsresort.com