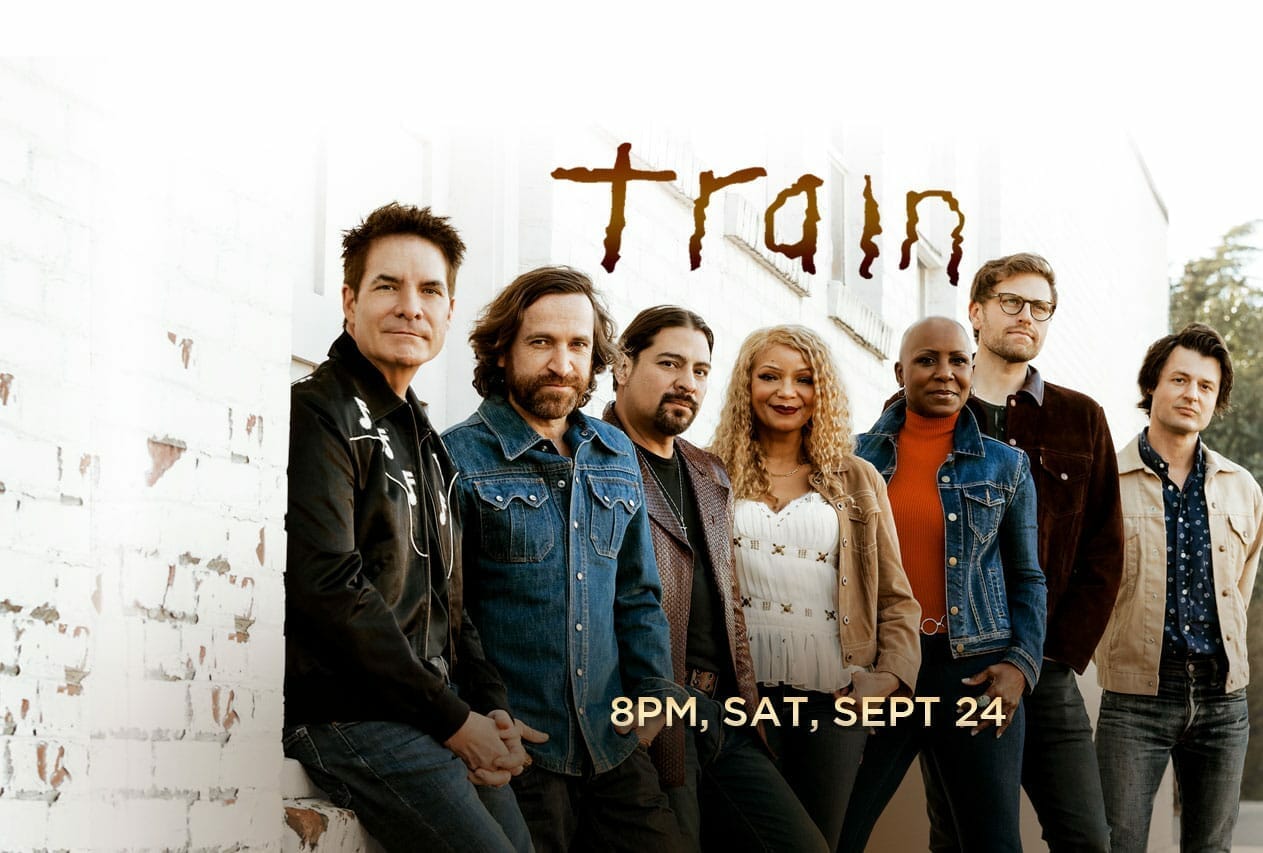 Train is a multi-Grammy and Billboard award-winning band from San Francisco, CA that has had 14 songs on Billboard’s Hot 100 list since the release of their debut self-titled album. Train will bring their chart topping hits to the Special Events Center at Fantasy Springs Resort Casino at 8 p.m. on Saturday, Sept. 24, 2022. Tickets start at $59 and go on sale at 10 a.m. on Friday, May 13 at the Fantasy Springs Box Office, via phone (800) 827-2946 or online at www.FantasySpringsResort.com.

Train’s first taste of success came with the release of their self-titled debut album in 1998. The tumbling wordplay of “Meet Virginia” gave them their first unlikely radio hit and 2001’s “Drops Of Jupiter” broke them to multi-platinum status thanks to the double-Grammy Award-winning title song that spent 10 months in the Top 40, and snared the Best Rock Song Grammy Award.

Train won another Grammy Award in 2011 for their global hit “Hey Soul Sister,” the No. 1 best-selling smash and most downloaded single of 2010, from their multi-platinum album “Save Me, San Francisco.” Next was 2012’s “California 37,” which launched the hit “Drive By” reaching the Top 10 in 13 countries.

Train has sold more than 10 million albums worldwide, more than 30 million tracks, with multiple platinum/gold citations, including 3 Grammy Awards, 2 Billboard Music Awards and dozens of other honors. In 2014 “Bulletproof Picasso”—the band’s 7th studio album—debuted at No. 5 on the Billboard Top 200 and earned rave reviews.

Train re-released their well-received holiday album, Christmas in Tahoe, which brings their signature sound to holiday classics as well as several original songs. In 2017 the band released their 8th studio album, “a girl a bottle a boat,” spawning the lead single, “Play That Song,” which went platinum in 4 countries including the U.S.

In 2018 the group issued collaborative singles, “Philly Forget Me Not” (with Daryl Hall and John Oates) and “Call Me, Sir” (with Cam and Travie McCoy). The feel good “Mais Tais,” a collaboration with Skylar Grey was released in 2019, followed by the stand alone single, “Rescue Dog.”

In 2022 the single “AM Gold” appeared from the album of the same name to rave reviews.

Train front man Pat Monahan takes part in other ventures outside of music with his Drops of Jupiter® wine portfolio. Proceeds from the wine support Family House, a San Francisco charity that supports families of children with cancer and other life-threatening illnesses.