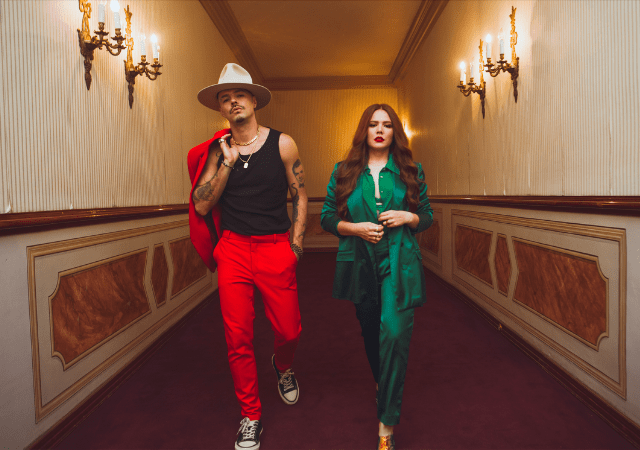 Grammy Award-winning siblings Jesse & Joy will perform their repertoire of Latin pop hits at the Special Events Center at Fantasy Springs Resort Casino on Sunday, April 10 at 8 p.m. Tickets start at $29 and go on sale at 10 a.m. on Friday, Dec. 3 at the Fantasy Springs Box Office, via phone (800) 827-2946 and online at www.FantasySpringsResort.com.

With a 2017 Grammy win, six Latin Grammys, numerous No. 1 hits and over 7 billion worldwide streams, Jesse & Joy’s exceptional talent shines through on chart topping songs such as “Dueles,” “Te Esperé,” “¡Corre!” and “Mañana Es Too Late,” a collaboration with J Balvin.

To date, the singer-songwriter pair have released five studio albums, one live album and one EP on Warner Music Latin, and have toured internationally with successful sold-out shows in Latin America, USA, and Europe.

Joy’s extraordinary voice combined with Jesse’s outstanding musical talent, along with their ability to compose exquisite arrangements, create unique, yet relatable stories in the form of catchy songs.

The siblings — who reside in Mexico City — represent the bilingual millennials of today, are fierce advocates for voting rights, immigration, and LGBTQ rights.

The band will be releasing their 6th studio album in the first half of 2022. The album finds Jesse & Joy exploring new territory by joining forces with rising producer Fede Vindver (Coldplay, Kanye West). The collaboration resulted in a new approach to the recording process and a cohesive body of work that showcases beautifully crafted songs with a refreshed sound, while maintaining the essence of what makes Jesse & Joy one of the most distinctive and critically acclaimed bands of their generation.

Tickets for Jesse & Joy start at $29. For more information, contact the Fantasy Springs Box Office via phone (800) 827-2946 and online at www.FantasySpringsResort.com