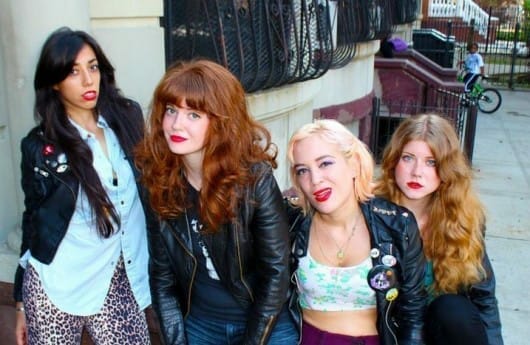 Habibi is an American rock band from Brooklyn, New York. They are a blend of psychedelic rock and sixties girl group harmonies. The name Habibi means “my love,” an Arabic word vocalist Rahill Jamalifard grew up using despite her Iranian origin (the term is not in use in Iran)

The sound of Habibi is influenced both by the garage rock/girl group sounds from Detroit as well as the Middle Eastern melody structures that were shared by Lynch and Jamalifard, who is herself of Iranian descent. Jamalifard influences are also related to her ancestry mentioning “Iran, gypsies, nomads, the inspiration of poets like Hafez . . . my travels within the country.” In 2012, Interview Magazine wrote “Influenced by grunge, punk, hip-hop, and Motown, Habibi’s sound—and band members—meet somewhere in the middle