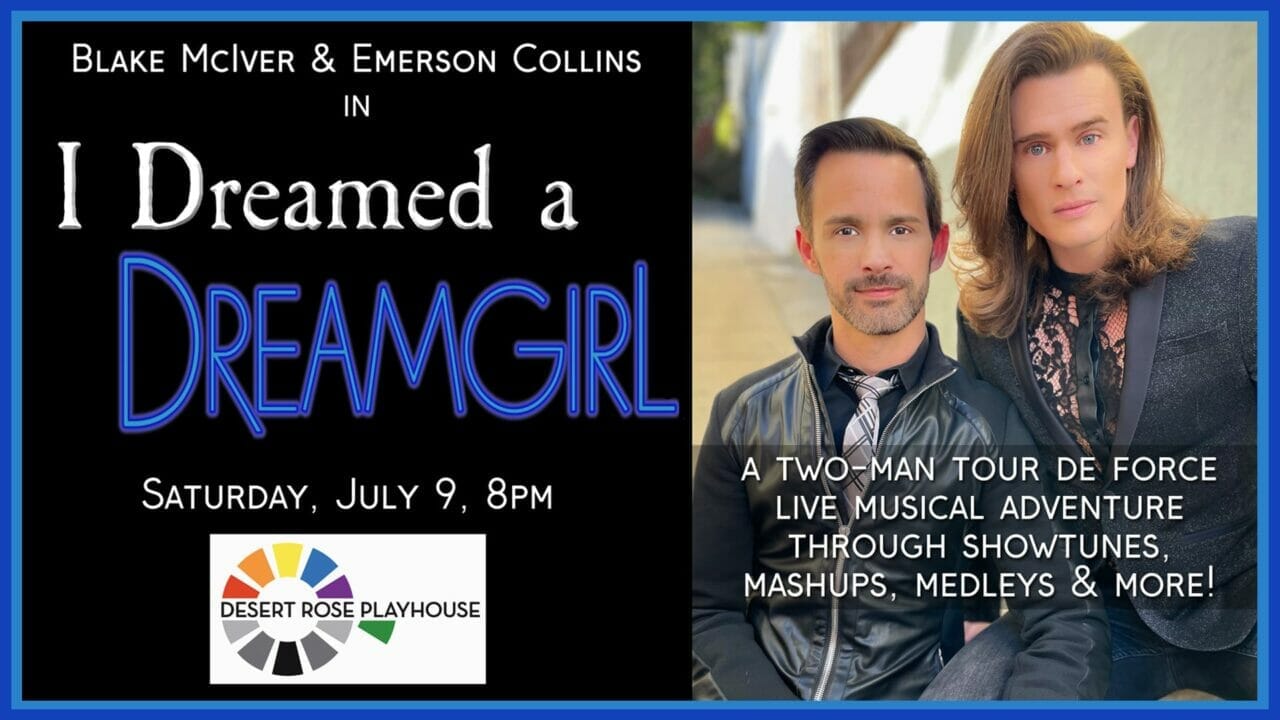 BLAKE McIVER and EMERSON COLLINS starred together in four seasons of BRAVO’s hit social series The People’s Couch and now they hit the stage together in a live show FOR THE FIRST TIME! Their National Tour launches from Palm Springs July 9, 2022 presented by the Desert Rose Playhouse.

I DREAMED A DREAMGIRL is a two-man tour de force as they tell the stories of their relationship and careers through showtunes, duets, Disney favs (and deep cuts), mashups and medleys that (probably) shouldn’t exist combining theatre, cabaret and pop. It may not all make sense…but it will be fun!

Between them, Emerson and Blake have performed, produced, hosted and won awards in studio and independent film, network and cable television, national tours, radio, studio recording, soundtracks, countless benefits and every kind of theatre!

Blake has three decades of entertainment experience (and wears it wearily well) from winning Junior Vocalist Champion on Star Search, the US Premiere production of Ragtime and, of course, The Little Rascals and Full House. Emerson was featured in RENT: LIVE on FOX, the first regional premiere of Buyer & Cellar in Palm Springs with Coyote Stageworks, winning the Desert Theatre League Award for Best Actor in a Comedy, and produced and starred in Del Shores’ Southern Baptist Sissies, A Very Sordid Wedding and LOGO’s Sordid Lives: The Series.