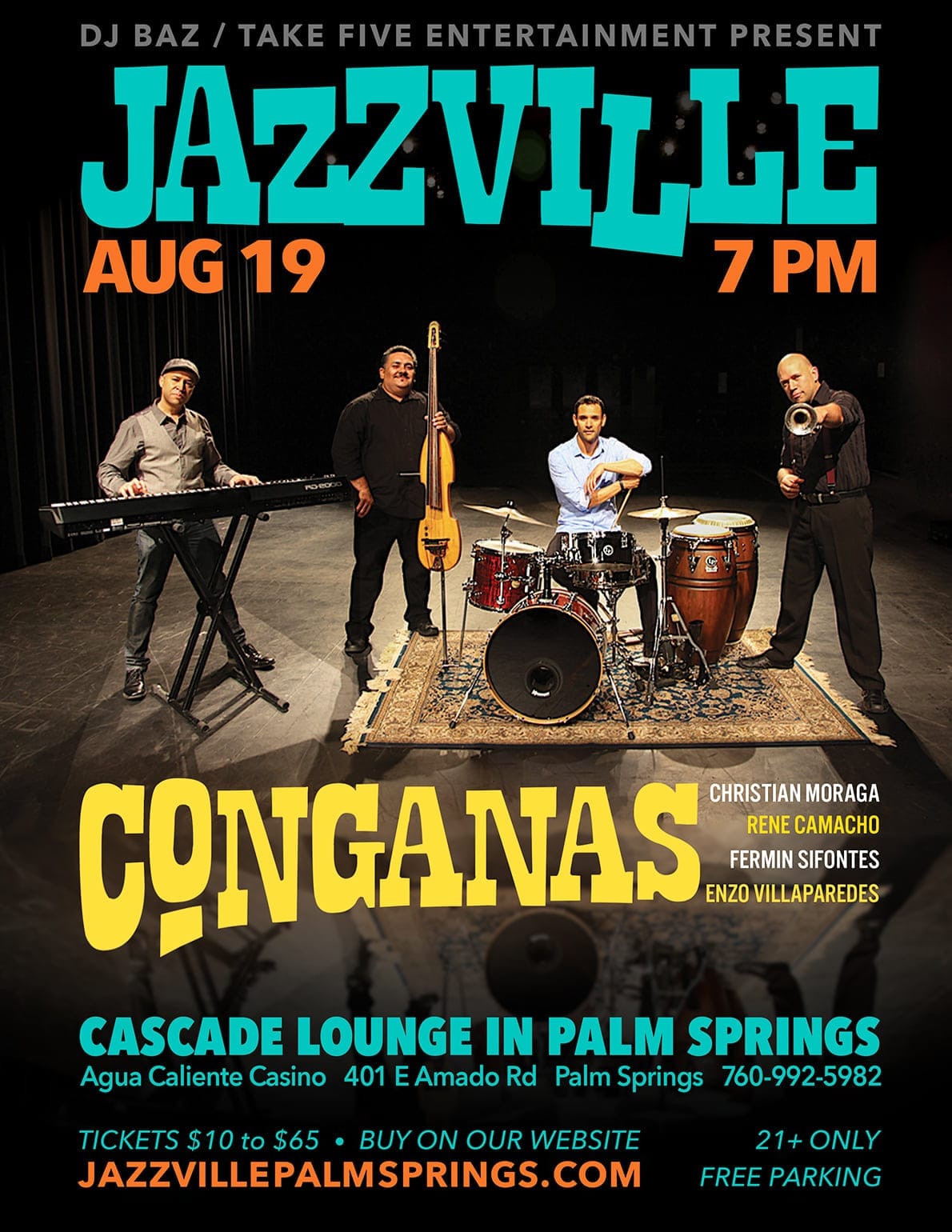 Jazzville presents CONGANAS which means “with passion”. The quartet features some of the most talented and experienced players in the Los Angeles music scene today, not only do they perform with their own band but are also touring musicians with some of the greatest bands and musicians in the Latin Jazz, R & B, Pop and Soul genres. Conganas was formed in 2010 and is led by percussionist Christian Moraga originally from Chile.

What started as a concept and challenge of replicating the sound of a full Latin orchestra with only a quartet has led to many performance opportunities in diverse venues throughout Southern, California. The band featuring Rene Camacho – bass & vocals, Fermin Sifontes – piano & vocals and Enzo Villaparedes – trumpet, percussion & vocals, has quickly created their unique Latin sound and spellbinding shows to other cultural frontiers. Each of the band members executes a vital instrument and also sings, making this complicated task and particular sound, a sought out band. Christian has assembled a wonderful cast of musicians, writers, teachers and historians and together they have put their stamp on their debut recording “Conganas”.

Things to know before you go:
• Must be 21 or over (strictly enforced).
• Doors open at 6pm with a 7pm showtime.
• Light menu and drinks served throughout the show.
• No refunds, but you can exchange for a different show.
• Free covered parking in attached garage