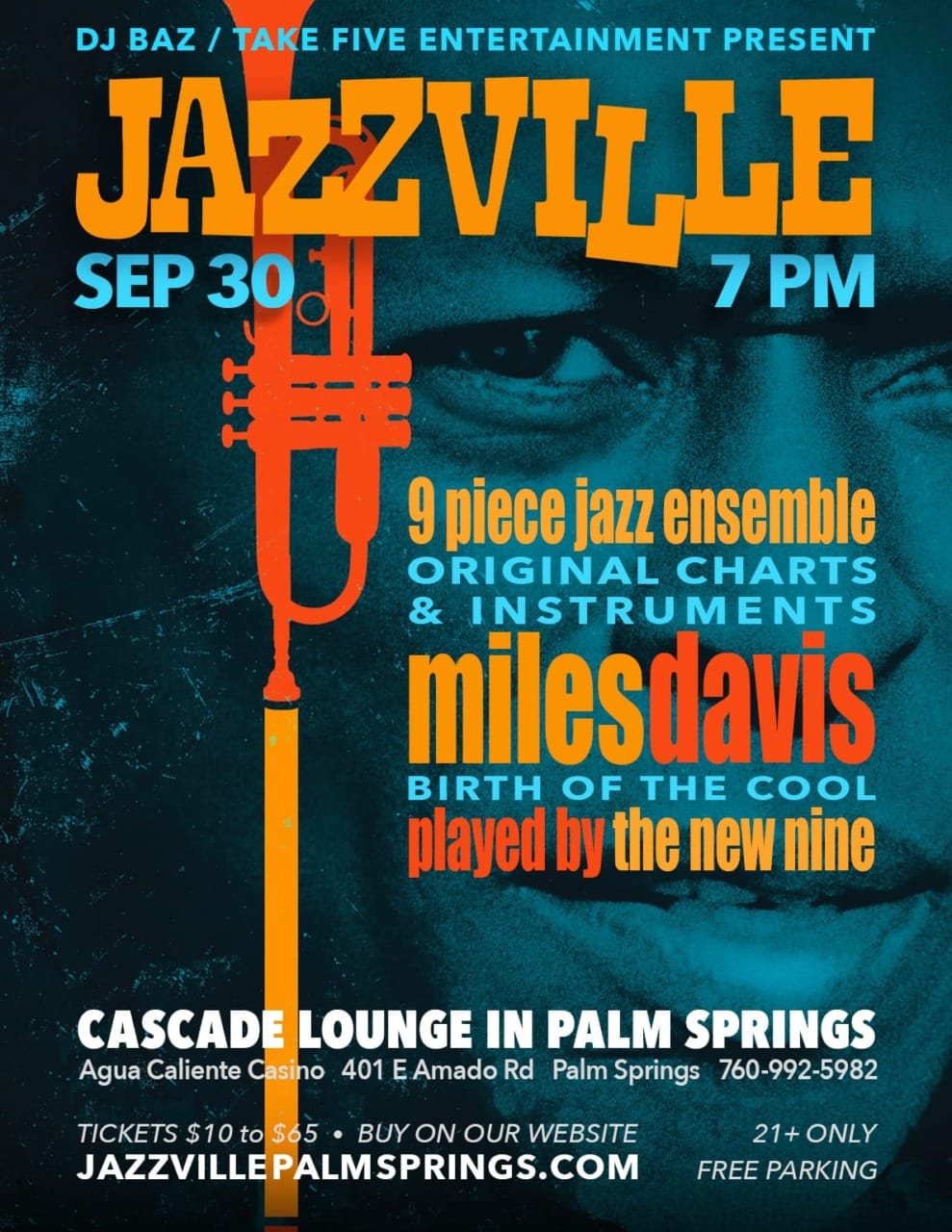 Jazzville welcomes the return of what will be THE jazz experience of the year in Palm Springs. Hear Miles Davis’ “Birth of the Cool” album played live in its entirety by the New Nine jazz ensemble. Join us for this rare and unique presentation.

The album “Birth of the Cool” by Miles Davis was released in 1957 on Capitol Records. It compiles eleven tracks recorded by Davis’s nonet (nine musicians) for the label over the course of three sessions during 1949 and 1950, originally released on 78 rpm records.

It was a truly groundbreaking album… Miles scored an atmosphere like none other, creating a cool yet daring environment. The playing is very tight, and there isn’t one mundane song. Showcasing the development of bebop, “Birth of the Cool” is the album that jettisoned Miles Davis’ career.

Featuring unusual instrumentation and several notable musicians, the music consists of innovative arrangements influenced by classical music techniques such as polyphony, and marked a major development in post-bebop jazz. These songs have been credited with starting the cool jazz movement as well as creating a new and viable alternative to bebop.

Critics found the album “charming and exciting”, and the effects have been great and lasting. Several tunes from the album, such as “Israel”, have gone on to become jazz standards.