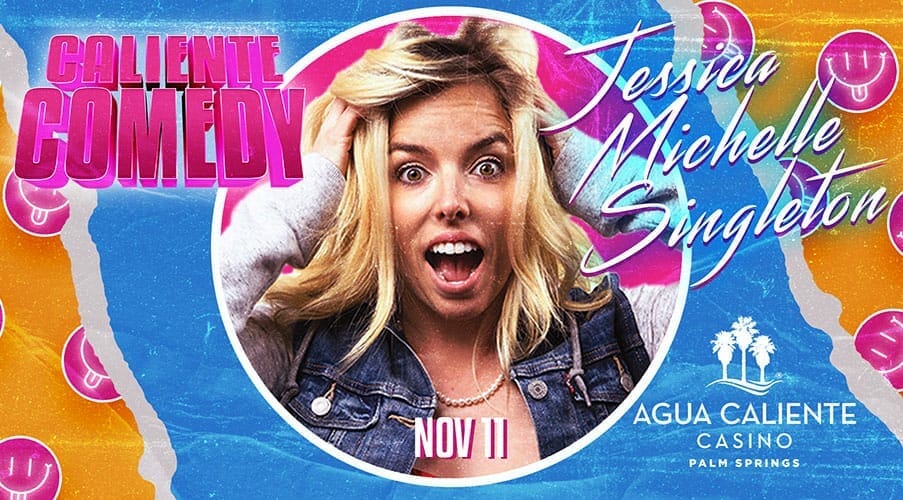 Internationally touring comedy phenom, Jessica Michelle Singleton has gained worldwide fans with her live headlining performances and debut comedy album “Please. Don’t. Leave. Me.” which reached #1 on iTunes ahead of veteran comedians such as Brian Regan and Jim Gaffigan. The album was considered for the “Best Comedy Album” Grammy.

Jessica Michelle Singleton has created a unique style of comedy using a rapid-fire steam of consciousness delivery that combines deeply introspective observations and unparalleled vulnerability through personal stories from her real life coupled with ideas from what some people refer to as a hyperactive, weird and slightly deranged imagination.

Jessica Michelle is a Paid Regular at The World Famous Comedy Store and the idiot host of her popular podcast, “Ignorance is #Blessed.” She can be heard regularly on Sirius XM and has been a featured guest on Playboy TV’s “Talking Dirty” and Ari Shaffir’s “Skeptic Tank”.