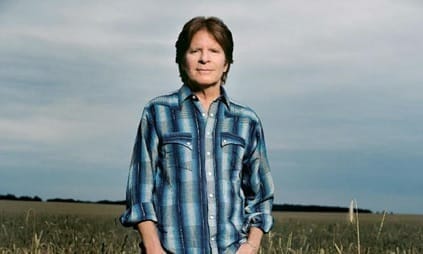 Rock and Roll Hall of Fame member and rock music legend, John Fogerty will take the stage at The Show at Agua Caliente Resort Casino Spa on Saturday, January 22 at 8:00 p.m. With a career spanning more than 50 years, Fogerty will take fans on an electrifying journey through his remarkable catalog that solidified his status as one of the most influential musicians in history. Tickets go on sale to the general public this Friday, November 12, at 10 a.m.

American roots rock icon John Fogerty is as beloved for his solo work such as hits “Fortunate Son,” “Centerfield,” “Down on the Corner,” and “Have You Ever Seen the Rain,” as he is for his time with legendary swamp rockers Creedence Clearwater Revival. Included by Rolling Stone on both their 100 Greatest Guitarist and 100 Greatest Singers lists, Fogerty continued to assert his role as an enduring figure in rock music with the 2013 release of Wrote a Song for Everyone, his ninth solo album. Featuring collaborative interpretations of his most beloved songs performed with acts like Foo Fighters, Miranda Lambert, and Jennifer Hudson, the album peaked at No. 3 on the Billboard 200 and provided listeners a fresh new take on classics like “Bad Moon Rising” and “Born on the Bayou.” Fogerty rose to success with Creedence Clearwater Revival in the late ‘60s, achieving international fame in 1969 with the hit single “Proud Mary” from Bayou Country. After the release of the band’s final album in 1972, Fogerty would release a series of critically acclaimed solo albums, including 1997’s Blue Moon Swamp and 2008’s Revival, the former of which won a Grammy for Best Rock Album. A Songwriters Hall Of Fame inductee, Fogerty’s passionate lyrics have been woven into the pages of America’s songbook and created the soundtrack to a generation.