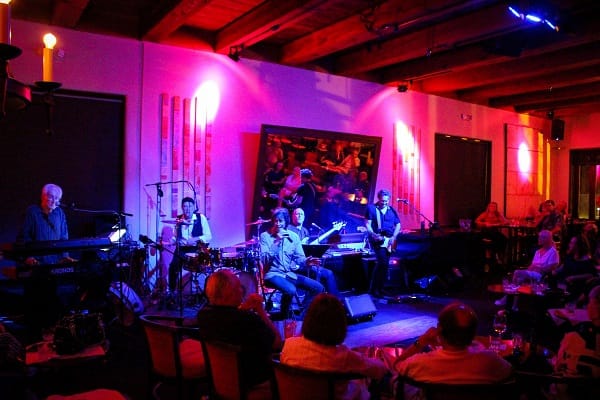 TUESDAYS | John McCormick & Band | 6:30pm-10pm | No Cover John McCormick’s fan base here in the Coachella Valley is huge, an immensely popular vocalist that has performed here since 1977. John owned, operated and entertained at his extremely successful nightclub ‘McCormick’s’ for over a decade will return to the stage at Vicky’s of Santa Fe this January. Multi-talented John McCormick is a singer, a songwriter, guitar player and an entertainer extraordinaire. A song stylist with a remarkable voice range and a truly charismatic presence. After playing to hundreds of thousands of people in the Coachella Valley over the years we here at Vicky’s are proud to re-introduce to you to him.

The Music Lounge at Vicky’s of Santa Fe located on Highway 111 & Club Drive in Indian Wells, centered with a 9-foot concert grand piano, a built-in dance floor is home to over 36 of the Desert’s Best Musicians. An electrifying Live Music Program that is comprised of 9 performances scheduled over 7 days, week in and week out. Food and Cocktail Service at all times. No reservations. Open seating. No covers. To learn more visit vickysofsantafe.com