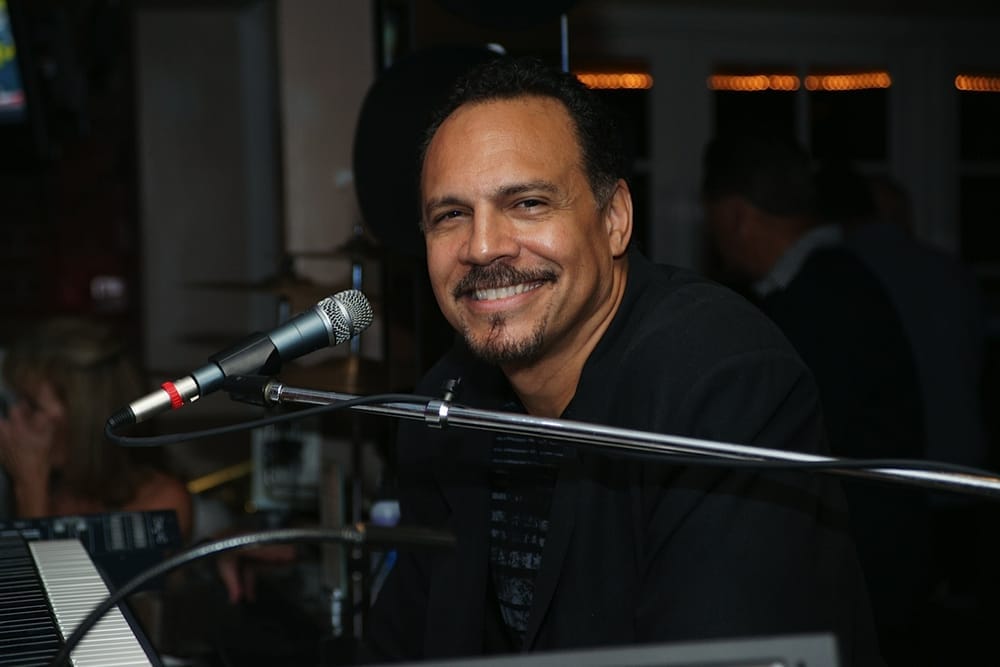 Detroit has long been known as a city for its contribution to music, and its own native son Kevin Henry stands out as one of the motor city’s highly talented entertainers. From the Motown sound of the sixties, to the gospel soul of Aretha Franklin, to the rockin’ hits of Bob Seager, and the sultry jazz of Anita Baker, Kevin’s repertoire and passion for music has brought him both critical acclaim as well as popular success. Deeply involved with music since childhood, Kevin studied guitar at age 13 with yet another Detroit success story, Earl Klugh, who encouraged him to play music throughout high school in several local bands. Kevin continued his music studies at the University of Michigan and at Boston’s prestigious Berklee College of Music where he received formal training in composing, arranging, voice, and keyboards, and emerged a proficient, well-rounded musician.

After relocating to the Palm Springs area with his mother Ce Ce Grant, a talented entertainer and area favorite, Kevin began performing with her in major hotels and nightclubs throughout California. However, it was when he hosted a Sunday night jam session at a local nightclub, that Kevin started playing his music with many of the area’s best musicians and put together his own bands including Tonal Eclipse, SavoirFaire, and Jumpstreet. Kevin and his bands have performed all over the world in luxury resorts, on prominent cruise ships, in Las Vegas casinos, and at the legendary Palace Nightclub in Hollywood.

Throughout his career, Kevin has had the opportunity to perform with many of the industry greats. Famed jazz guitarist, Phil Upchurch recognized Kevin’s full musical potential and utilized his vocal, keyboard and writing abilities on his record Revelation. The album includes two of Kevin’s original compositions, “When and if I Fall in Love,” and “Light of Love.” Also, as a keyboardist and vocalist, Kevin backed British recording artist Robert Palmer on his Super Heavy Nova Tour throughout Canada and the United States. Now, Kevin brings his musical expertise to entertain the guests at The Nest Restaurant.