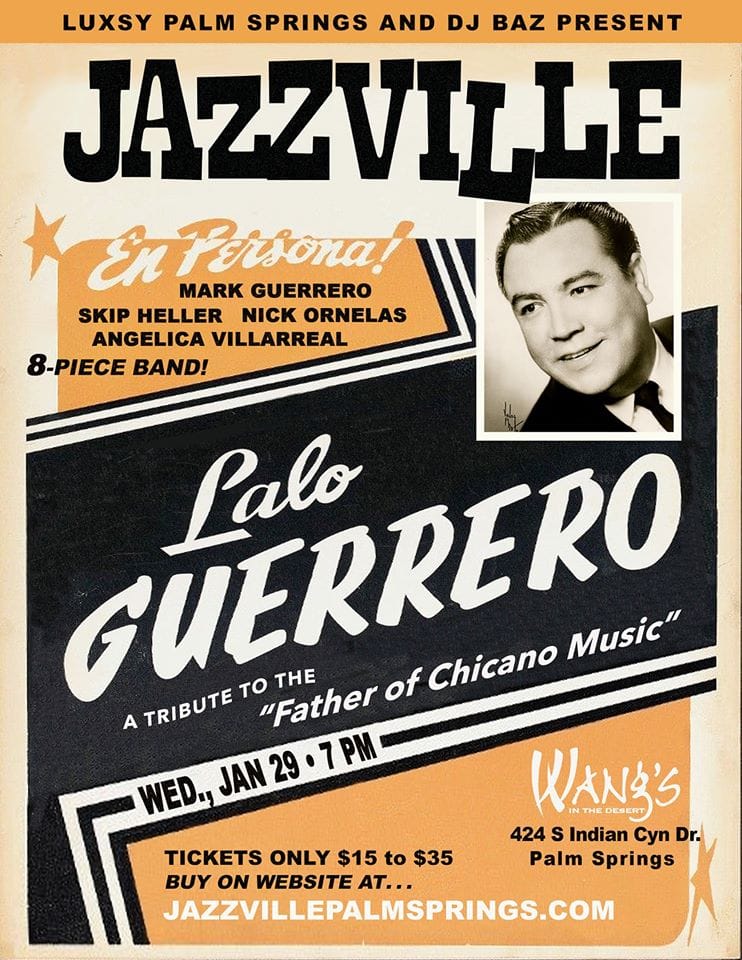 JAZZVILLE presents a tribute to the legendary Lalo Guerrero with an 8-piece band! Lalo was a Mexican-American guitarist, singer and farm labor activist best known for his strong influence on today’s Latin musical artists. This incredible evening will feature music from Lalo’s early Cha Cha and Mambo days to some of his biggest Latin hits in both Spanish and English. His son, Mark Guerrero, will be a guest musician in the show.

Eduardo “Lalo” Guerrero Jr. (1916–2005) is known as the father of Chicano music. His career began in the 1930s, contributing to most of the new developments in Mexican-American music in the southwestern United States.