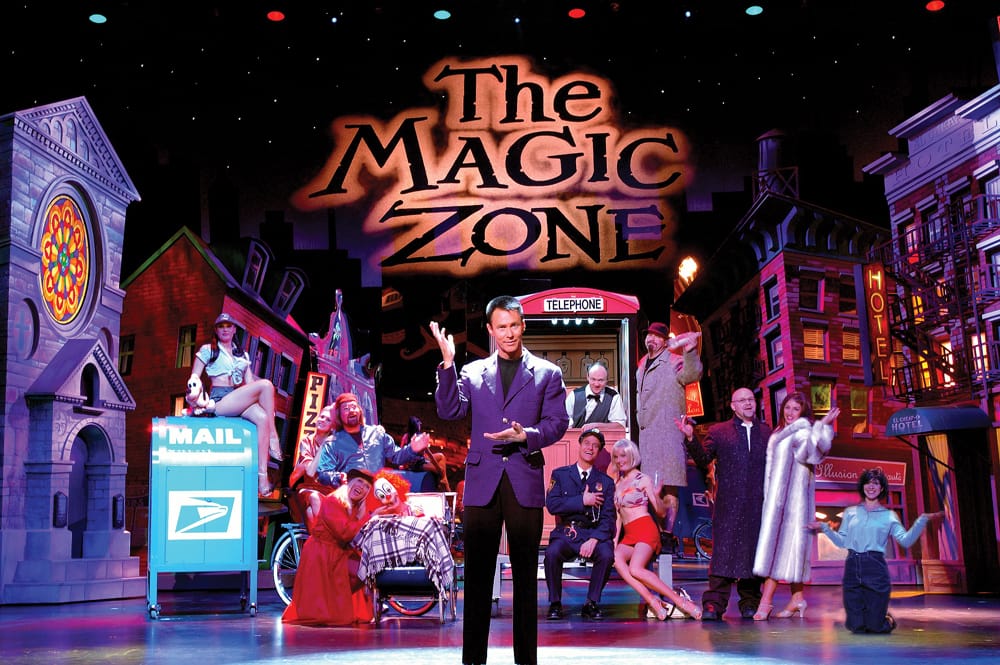 Lance Burton, considered by his peers to be the greatest stage magician of the past century, is returning to Fantasy Springs Resort Casino’s Special Events Center on Friday, January 31st. Tickets for Lance Burton Master Magician & Friends go on sale this Friday, November 15th at the Fantasy Springs Box Office, via phone (800) 827-2946 or online at www.FantasySpringsResort.com.

“This is a completely different show that I did in Las Vegas for the last 20 or 30 years,” Burton says. “I’m doing some of my favorite magic, big illusions, sleight of hand, audience participation, and I’m bringing some of my best friends with me. And there’s a lot of comedy, a lot of magic, juggling, and we have a little something for everybody.”

Born and raised in Louisville, Kentucky, Burton burst onto the national stage in 1981 with an appearance on “The Tonight Show with Johnny Carson.” He’s also been seen on “The Late Show with David Letterman,” “The Tonight Show with Jay Leno,” “The View,” “The Late Late Show with Craig Ferguson,” “The World’s Greatest Magic,” “Hollywood Squares,” and even guest starred on “Knight Rider” opposite star David Hasselhoff. His first TV special, “Lance Burton Master Magician: The Legend Begins,” was seen by millions on NBC. He’s also hosted specials for The History Channel, Discovery, Animal Planet, The Family Channel, and countless others.

However, Burton’s most impressive magical feats have come in front of a live audience, having performed an astounding 15,000 shows in his 30-plus year career. As magic historian Mike Caveney says, “Take every magician in the world, line them up and give them each 12 minutes… Lance wins!”

Burton supports a number of worthy charities, including Nevada SPCA, Heaven Can Wait Animal Society, Variety Children’s Charity, and the Shriner’s Hospitals. The Las Vegas resident also mentors budding magicians, such as Academy Award-nominee James Franco, who he worked with on the 2013 film “Oz the Great and Powerful” and now considers to be his top student. Burton recently made his film director debut with “Billy Topit Master Magician,” released on Amazon, and has several movie projects in the works.