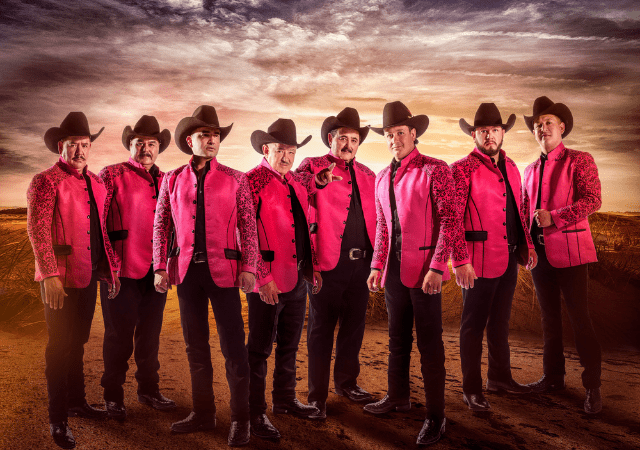 he wildly popular Grammy-nominated band Los Huracanes del Norte will have concert-goers dancing up a storm when the iconic group performs at the Special Events Center at Fantasy Springs Resort Casino on Saturday, Jan. 29, 2022. Tickets start at $39 and go on sale at 10 a.m. on Friday, Nov. 19 at the Fantasy Springs Box Office, via phone (800) 827-2946 and online at www.FantasySpringsResort.com.

The band, celebrating their 50th anniversary in 2022, was started in the state of Michoacán by three brothers, Heraclio, Jesús and Francisco García. They were later joined by Asunción Rubalcava. Then, a fourth García brother, Guadalupe, joined the band and wrote the band’s first hit single “Corrido de Daniel Treviño.” However, their big breakthrough came in 1978 with the release of the album “La Musiquera,” which became their first gold record.

Through the mid-’90s, regional Mexican music audiences began to swell, and Los Huracanes del Norte regularly played for audiences of 10,000 to 30,000. Every one of their original releases from the late ’90s through 2006’s “Puro Pa’ Arriba” landed a spot on Billboard’s regional Mexican category’s Top Ten and/or Latin Albums charts.

The group’s musical creativity is constantly renewed according to the trends of their fans, which includes those who have followed Los Huracanes del Norte from their beginnings to today’s youth in Mexico, USA, Central and South America.

As one of the most emblematic norteño music groups, Los Huracanes del Norte has garnered four Grammy nominations, won the Billboard magazine award “The Voice,” a prestigious trophy of the Heraldo de Mexico, and a star on the Las Vegas Walk of Fame, among numerous other industry accolades.