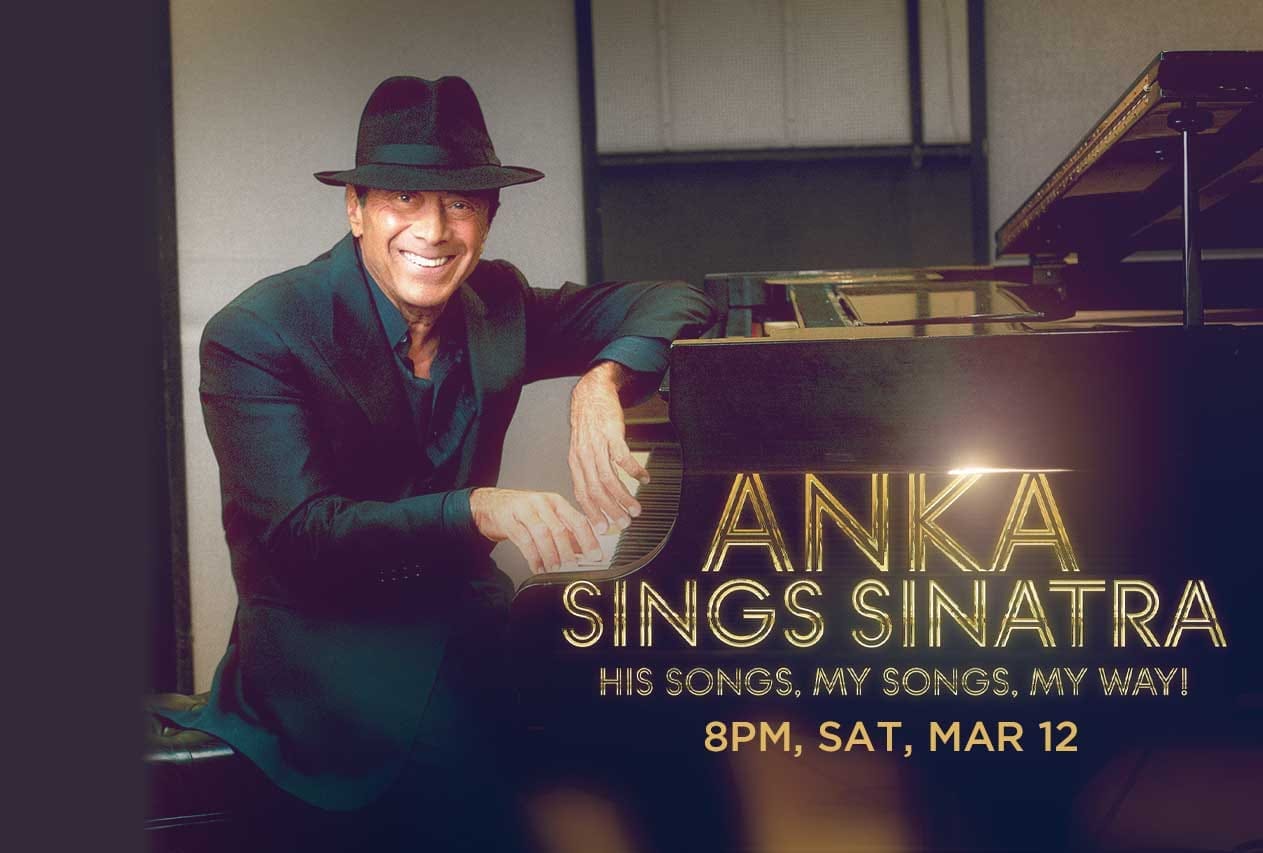 On the heels of his latest No. 1 hit — “Put Your Head on My Shoulder” (with Olivia Newton-John) — and his just-released album Making Memories, legendary singer-songwriter and current Tik Tok sensation Paul Anka is launching a North American tour that will bring him back to Fantasy Springs Resort Casino on Saturday, March 12. Tickets ($59, $69, $79, $89) go on sale June 18th at the Fantasy Springs Box Office, via phone (800) 827-2946 and online at www.FantasySpringsResort.com.

With the release of a brand-new collection of reimagined classics and new recordings, Anka is not only excited about his new music but getting back on the road to perform for his fans. This unique and highly anticipated tour will feature Anka paying tribute to his friend, one of the greatest entertainers ever to take the stage: Frank Sinatra.

“The Anka Sings Sinatra tour will honor a great artist who has influenced me more than anyone else throughout my career, Frank Sinatra,” said Anka. “This show will also feature the hits that have spanned my career on this 65th anniversary year. It will be a night filled with his songs, my songs, my way!”

Speaking of songs, Making Memories not only features the duet with Newton-John but, also a reimagined version of his 1957 hit, “You Are My Destiny,” performed with the classical crossover vocal group Il Divo. On the heels of “My Way’s” 50th anniversary, perhaps his most famous self-penned hit, Anka rerecorded this classic with Michael Bublé and Andrea Bocelli. In addition to revisiting these classics, Making Memories also features all new songs written by Anka.

“I’ve been sitting around all year, like everybody else, and realizing all the memories that I’ve had of springs and summers of the past few years – and those memories have gotten me through the last year,” said Anka. “It’s been a time of reflection and reminiscing — with someone or without — about the foundation of the great life you’ve been blessed with.”

For additional information about the new album and tour visit www.PaulAnka.com.