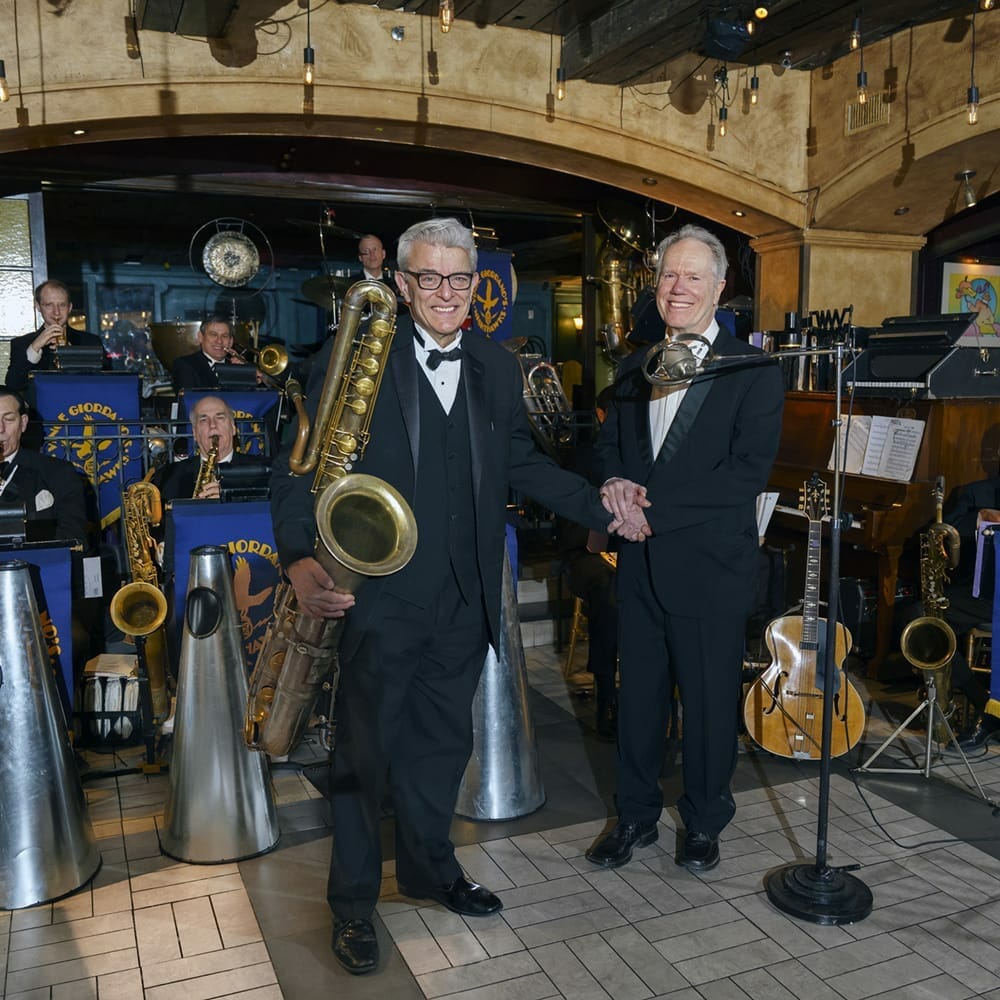 In 2020, veteran singer-songwriter Loudon Wainwright III teamed up with Vince Giordano & the Nighthawks and recorded “I’d Rather Lead A Band,” a perfectly-paced supper-club set of songs by Irving Berlin, Fats Waller, Frank Loesser, and others. Their album was featured on Terry Gross’ NPR show “Fresh Air” and made it to a number of Top Ten lists. Wainwright performed with Giordano on Martin Scorsese’s 2004 movie “The Aviator” and on HBO’s “Boardwalk Empire,” and both recently worked on Scorsese’s upcoming film “Killers of The Flower Moon.”

Grammy winner Vince Giordano brought the sounds of The Roaring Twenties to life countless films and TV series over the past three decades. For fifty years, Loudon Wainwright III has carved out a distinguished career as one of our most original singer-songwriters. He appeared in the TV show “M.A.S.H.” as Capt. Calvin Spalding (the singing surgeon) and he has released twenty-nine albums, won a Grammy, written a memoir, acted in films, and has had his songs recorded by Johnny Cash, Mose Allison, Bonnie Raitt, the Avett Brothers, and his son Rufus Wainwright.