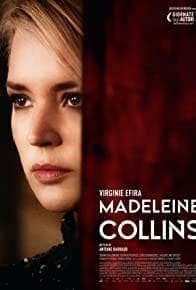 Judith Fauvet (Virginie Efira, most recently acclaimed for her leading performance in Paul Verhoeven’s Benedetta) leads a double life with two families: raising a daughter with one partner in Switzerland, and another two sons in France. The mysterious reasons for Judith’s lies, and the complications that ensue from her increasingly futile efforts to keep the two lives separate, propel the third narrative feature from Antoine Barraud anchored by a virtuoso turn from Efira in all of her character’s many guises. The question of what Judith wants is slowly unraveled in this gorgeously shot film that’s equal parts drama and thriller—unpredictable in its unfolding, full of unexpected twists, and unexpectedly satisfying in its resolution. (Rendez-vous with French Cinema at Lincoln Center March 2022)