Marilyn McCoo & Billy Davis Jr., "Up, Up, & Away! A Musical Fable" at The McCallum Theatre in Palm Desert - Palm Springs Life % 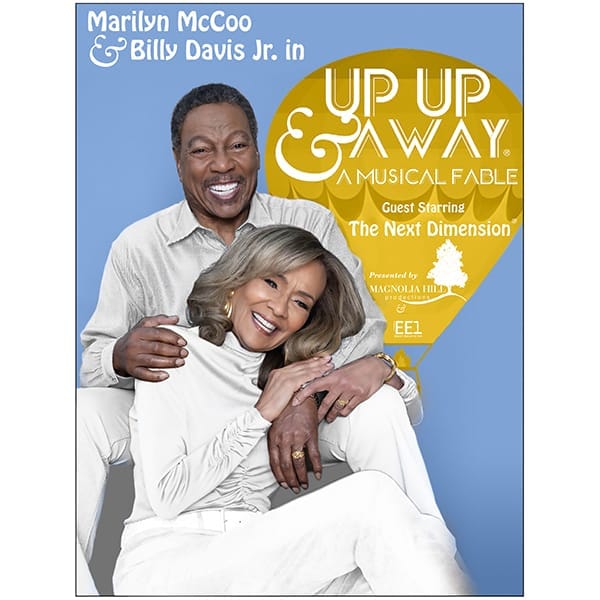 Marilyn McCoo & Billy Davis Jr., “Up, Up, & Away! A Musical Fable” at The McCallum Theatre in Palm Desert

Marilyn McCoo and Billy Davis, Jr., are the voices, Original Stars and lead singers of the legendary group, The 5th Dimension, before leaving the Group in 1975. McCoo and Davis launched Champagne and Pop Soul Classics, including “Up, Up and Away,” “Aquarius/Let the Sunshine In,” “Worst That Could Happen,” “Stoned Soul Picnic,” “Sweet Blindness,” “Wedding Bell Blues,” and “One Less Bell to Answer.” After leaving The 5th Dimension, Marilyn and Billy recorded “You Don’t Have to be a Star (to Be in My Show),” a chart topping number 1 record, which won them their own Grammy Award and a television series on CBS. They are named by Billboard, “The First Couple of Pop and Soul.”