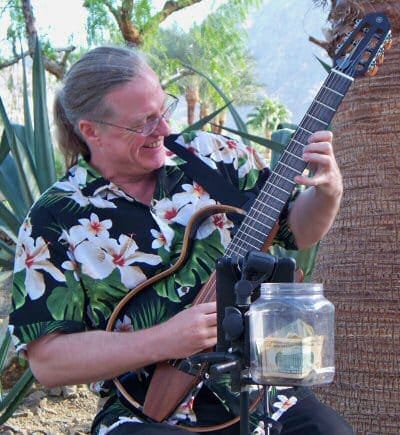 Guitarist Mark Linford’s unique blend of compositional sounds, derived from his world travels, incorporate many styles of music including Latin, Rock, Blues, Pop, Jazz, Country, and Classical. He has played professionally for more than 30 years as well as instructed at music institutions and colleges. Mark earned his bachelor’s degree as a graduate of Berklee College of Music in Boston, MA, and also holds a Master’s Degree in Guitar Performance from the University of Redlands School of Music. He has performed at concert venues, major resort hotels, country clubs, dance clubs, and fine restaurants extensively throughout the United States and worldwide.