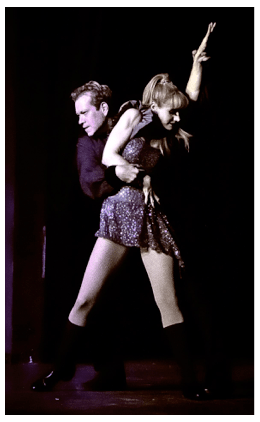 John Shryock and Mari Lynn masterfully incorporate skillful magic and grand illusion with drama, dance, and comedy and create for their audiences a mystical world of laughter, wonder, and amazement.

John and Mari Lynn’s high-energy, charismatic stage personalities are infectious and the audience experiences this almost as if they were performing the magic themselves. They leave exhilarated and completely entertained.

John Shryock, a popular entertainer known for his million dollar smile has performed in over 100 cities across three continents. John Shryock and Mari Lynn are regularly featured on television and in the top casinos, night clubs, cruise ships, conventions, and resorts across the globe. Audiences worldwide have enjoyed John’s energetic personality, captivating “sleight of hand,” and spellbinding illusions. His impressive skills earned a command performance at President George W. Bush’s Gala Inaugural Ball and numerous appearances on the nationally broadcast television series, “Masters of Illusion.” John is also a favorite performer at Caesars Magical Empire at Caesars Palace in Las Vegas and is one of the few magicians in the world well versed enough to have performed in all three showrooms at the world famous Magic Castle in Hollywood, CA.

John is the 1992 winner of “The Battle of the Magicians” and is the author of a book on magic, entitled Sleightly Tricky. When John is not performing on the world’s stages or creating innovative magic, he tours as a guest lecturer for various magicians’ societies