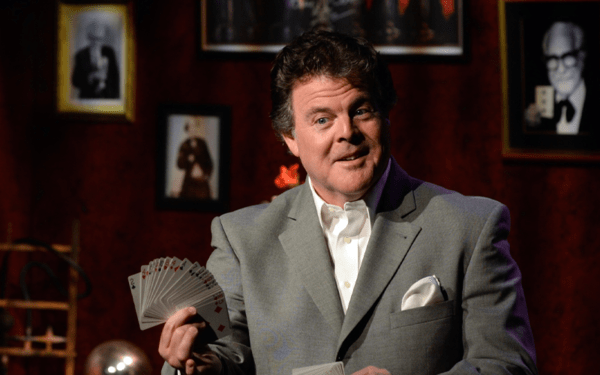 From the Jerry Seinfeld HBO Special and The Late Show with David Letterman, John Carney has performed in theaters throughout the world, as well as casinos in Atlantic City, Lake Tahoe, and Las Vegas.

John is a unique hybrid of Comedian, Actor, and Sleight of Hand Virtuoso. His approach is smart, engaging, and often … hilarious.

Carney is widely acknowledged by his peers as one of the finest sleight of hand performers in the world, with awards and accolades worldwide. Hollywood’s Magic Castle has awarded Carney more awards than anyone in their history, as well as the Academy of Magical Arts prestigious Performing Masters Fellowship.

He is an accomplished actor, with featured appearances on such TV shows as Spin City and Two and a Half Men, and numerous sketch comedy shows, plays, and theatrical productions. He has done a number of television commercials, including a stint as Spokesman for MasterCard, designing and performing dazzling visual effects for their national commercials.