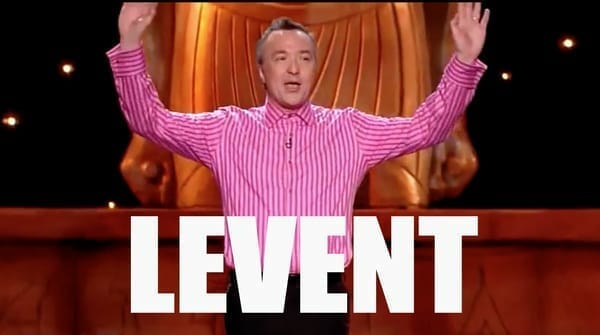 His incredibly unique and brilliant combination of masterful comedy and world class sleight of hand, a culmination of over 30 years of experience, has made Levent a much sought-after entertainer, and has earned him great respect from his fellow peers.

He has appeared in numerous countries around the world including China, Korea, Japan, France, Italy and Finland. He is equally successful with both English and Non-English speaking audiences.
He has appeared on various international television shows and was most recently featured on several episodes of “Masters of Illusion”. He performs regularly on major cruise lines including Disney, Princess, Royal Caribbean, Regent and Oceania. In addition to taking the stage at many prestigious venues and corporations, including the Comedy & Magic Club of Hermosa Beach and Hollywood’s Magic Castle.
He is a noted creator of magic tricks and a magic lecturer as well as a vaudeville historian. He was a regular contributor to the “Vaudeville Times“ Magazine