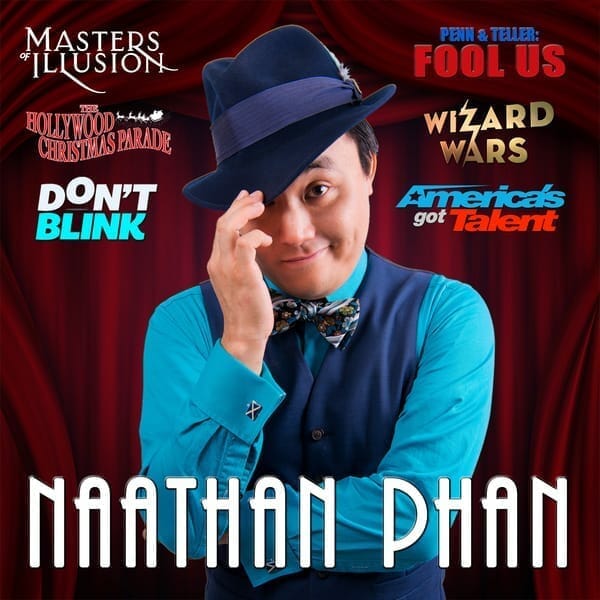 A regular performer at the exclusive, world-famous Magic Castle in Hollywood, CA!
Naathan Phan is a multi-talented, award-winning entertainer who has headlined stages across the globe, appeared in films such as Superbad, has been regularly featured on national television networks including NBC, Syfy, the CW, and Comedy Central.
What makes Naathan different from other entertainers? Critics and his peers alike are saying that he is the ultimate showman. Naathan has wowed audiences around the world with everything from his high-energy, close-up magic and stand up comical shenanigans to his theater-shaking opera singing and mind-blowing stage illusions. Naathan truly creates a one-of-a-kind family-friendly entertainment experience that you will never forget