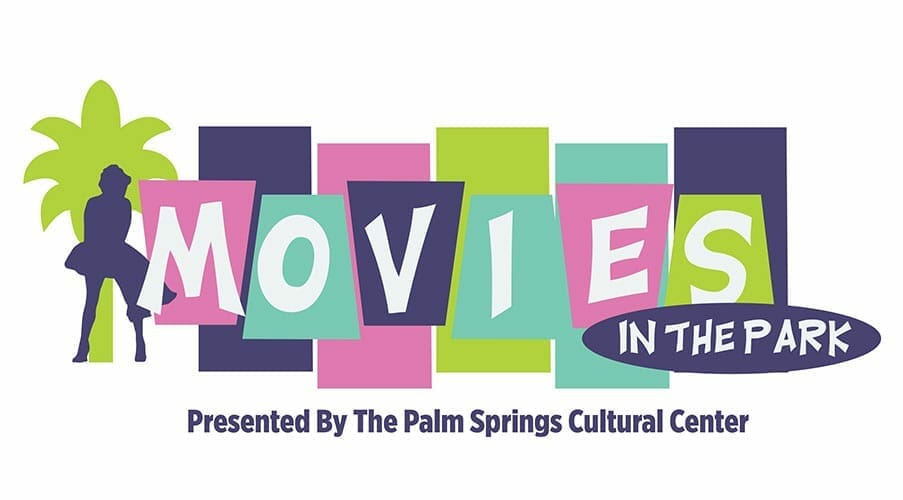 Movies in the Park

The Palm Springs Cultural Center is bringing its outdoor film series, Movies in the Park, back to the Downtown Palm Springs Park for the 2022/23 season.

The 2022-2023 season will screen classic comedies of the fifties and sixties, with beloved stars such as Audrey Hepburn, Doris Day, Cary Grant, and Jane Fonda, and Palm Springs icon, Marilyn Monroe.

The movies are scheduled to start at 6:00 pm, but show times may vary slightly in the spring depending on sundown. Attendees of these free community events are encouraged to make an evening of it by enjoying downtown shops and dining before the events.

December 21 – Gigi – starring Leslie Caron and Maurice Chevalier
Gaston (Louis Jourdan) is a restless Parisian playboy who moves from one mistress to another, while also spending time with Gigi (Leslie Caron), a precocious younger friend learning the ways of high society. The platonic relationship between Gaston and Gigi changes, however, when she matures, but the possibility of something lasting seems unlikely since he won’t commit to one woman. Gigi refuses to be anyone’s mistress, however, and Gaston must choose between her and his carefree lifestyle.

January 18 – Charade – starring Audrey Hepburn and Cary Grant
After Regina Lampert (Audrey Hepburn) falls for the dashing Peter Joshua (Cary Grant) on a skiing holiday in the French Alps, she discovers upon her return to Paris that her husband has been murdered. Soon, she and Peter are giving chase to three of her late husband’s World War II cronies, Tex (James Coburn), Scobie (George Kennedy) and Gideon (Ned Glass), who are after a quarter of a million dollars the quartet stole while behind enemy lines. But why does Peter keep changing his name?

February 15 – The Girl Can’t Help It – starring Jayne Mansfield and Tom Ewell, featuring Little Richard
Hefty hoodlum Marty “Fats” Murdock (Edmond O’Brien) employs has-been agent Tom Miller (Tom Ewell) to transform his girlfriend, Jerri Jordan (Jayne Mansfield), into a singing star because he trusts Tom not to make a pass at her. However, the more time Tom spends with the stunning blonde, the more smitten he becomes. His troubles multiply when he realizes that Jerri can’t sing a note, is not in love with Murdock and wants to settle down with a nice man like himself.

March 22 – How To Marry A Millionaire – starring Marilyn Monroe, Lauren Bacall, and Betty Grable
Schatze Page, Loco Dempsey and Pola Debevoise (Lauren Bacall, Betty Grable, Marilyn Monroe) are three women on a mission: They all want to marry a millionaire. To accomplish this task, they move into a fancy New York City apartment and begin courting the city’s elite. They have no problem meeting rich men, but unfortunately most of them turn out to be creeps or cons. Eventually they must decide: Is a life of luxury more important to them than finding true love?

April 19 – Barefoot In The Park – starring Jane Fonda and Robert Redford
In this film based on a Neil Simon play, newlyweds Corie (Jane Fonda), a free spirit, and Paul Bratter (Robert Redford), an uptight lawyer, share a sixth-floor apartment in Greenwich Village. Soon after their marriage, Corie tries to find a companion for mother, Ethel (Mildred Natwick), who is now alone, and sets up Ethel with neighbor Victor (Charles Boyer). Inappropriate behavior on a double date causes conflict, and the young couple considers divorce.