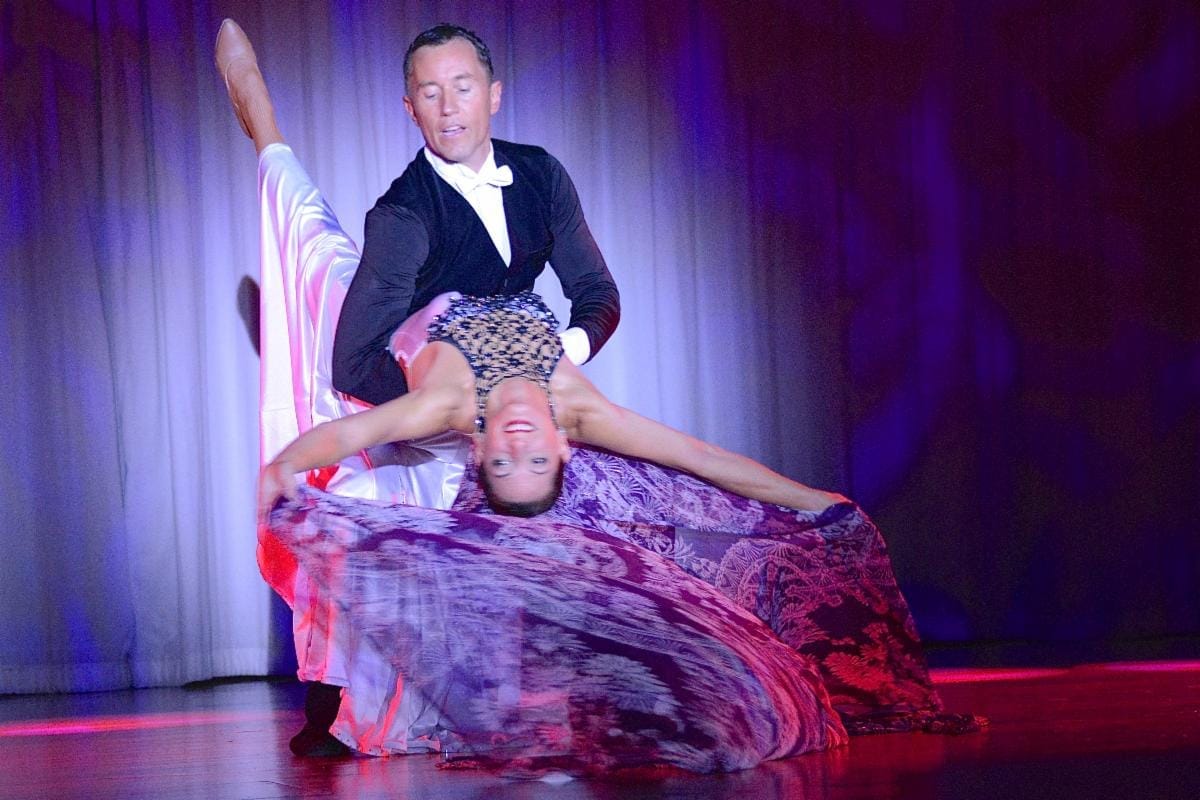 Broadway meets Hollywood, Beverly and Curtis are equally acclaimed as awe-inspiring dancers, visionary choreographers, and world-class teachers. On Broadway, Beverly was featured in the original cast of Swing!, as well as the first run of Forever Tango, and subsequent World Tour. In Hollywood, Curtis can be seen in Disney’s Enchanted, and he was instrumental in coaching actors for the feature film Shall We Dance.

Together, they have graced venues worldwide, sharing the stage with such headliners as Placido Domingo and Natalie Cole in Los Angeles, Harry Connick, Jr. in Las Vegas, the Tony Awards and Macy’s Parade in New York City, and for that matter, on every continent!

Most recently, they have dedicated their passion for partner dancing to the high seas: performing, producing and teaching on the world’s most awarded luxury cruise line, Crystal Cruises, where they have just completed their 19th world cruise!

Beverly comes from a background solid in Ballet, Tap, Jazz and Modern, and Curtis comes from an environment rich in Music, both Vocal and Instrumental, and Musical Theatre. Award-winning competitors on the dance floor, they both specialize in almost every partner dance imaginable, from Argentine tango to swing, to the ballroom and Latin world of Dancesport, to the street styles of salsa.

This dynamic dance duo looks forward to bringing their distinctive brand of Dance Artistry to the Mizell Center!