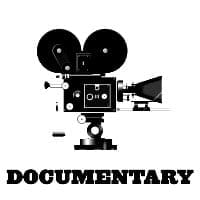 ** November 3: 1964: The Last Innocent Year — Based on The Last Innocent Year: America in 1964, by award-winning journalist Jon Margolis, this film follows some of the most prominent figures of the time and brings out from the shadows the actions of ordinary Americans whose frustrations, ambitions, and anxieties began to turn the country onto a different course. Runtime: 120 minutes

** November 10: A Decade Under the Influence: The 70’s Films That Changed Everything
How did Hollywood make so many great, challenging, offbeat films in the 1970s? A Decade Under the Influence lists the reasons–or rather, lets the people who did the filmmaking list the reasons. The decade-shaping interviewees include Martin Scorsese, Robert Altman, Francis Coppola, et al. …One might observe that the scarcity of women directors or black filmmakers suggests that the decade was not entirely golden, and the memories may be burnished a bit by nostalgia. But there’s no question that the big studios were far more adventurous back then, and this briskly moving survey gives a lively Film 101 lecture in exactly why. –Robert Horton Runtime: 100 minutes

** November 17: Hearts of Darkness: A Filmmaker’s Apocalypse — An engrossing, unwavering look back at Francis Ford Coppola’s chaotic, catastrophe-plagued Vietnam production, Apocalypse Now. Filled with juicy gossip and a wonderful behind-the-scenes look at the stressful world of moviemaking, the documentary mixes on-location home movies shot in the Philippines by Eleanor Coppola, the director’s wife, with revealing interviews with the cast and crew, shot 10 years later. Runtime: 96 minutes