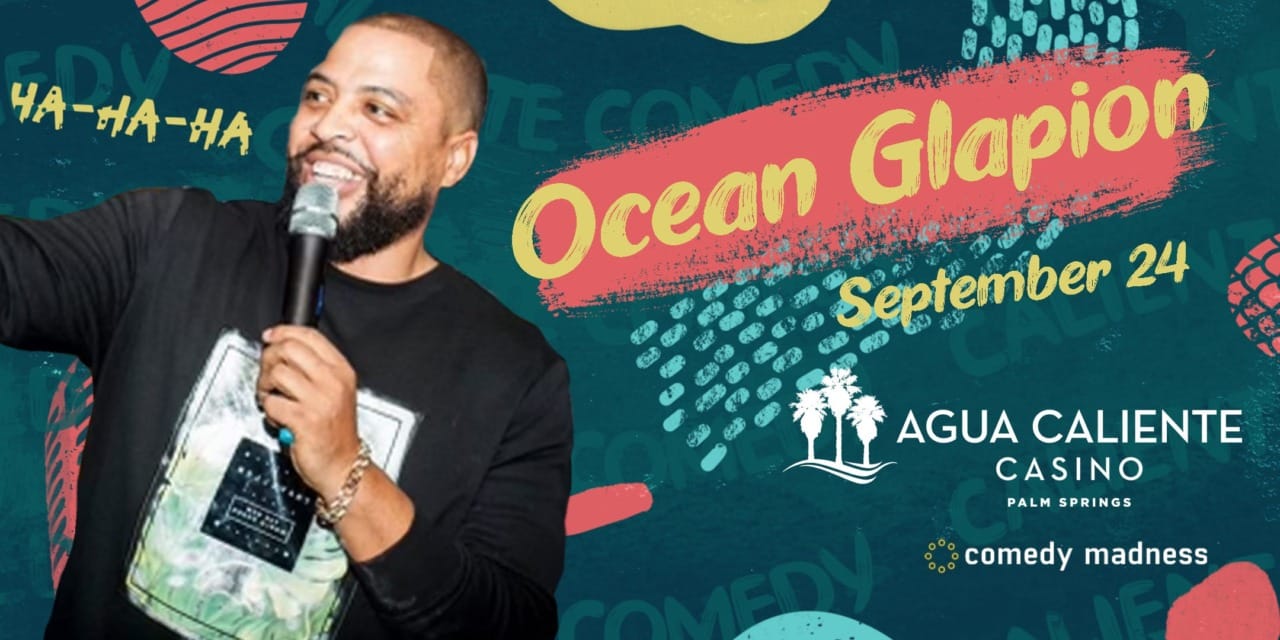 Comedy Madness Presents:
Caliente Comedy Nights
Friday September 24th with headliner
Ocean Glapion
Here are things to know before you go:
• Must be 21 or over
• Doors open at 7pm with a 8pm showtime
• Drinks served throughout the show
• All ticket purchases are final, no refunds or exchanges
• Free covered parking in attached garage