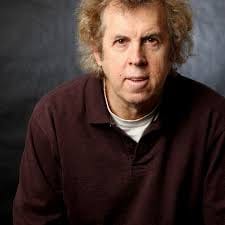 Bruce Fessier reflects on his award-winning career spanning 40-years as a writer and editor for The Desert Sun. He bridges the view from the Rat Pack Era of the 50s and 60s when Palm Springs was a place where movie stars went to get away, with the current era of Palm Springs as a world class resort with international film and music festivals where celebrities now come to work.

Bruce Fessier, has been a journalist and a community leader for more than 40 years. As a writer and editor for The Desert Sun, he was the recipient of Best of Gannett awards for his story on the 20th anniversary of former Palm Springs Mayor Sonny Bono’s death, and a series about the history of the Mafia in the Coachella Valley. His profiles of former Presidents Ronald Regan and Gerald Ford have earned him awards from newspaper publisher associations in California and Nevada. Bruce also co-founded the Desert Theatre League and served on Sonny Bono’s founding committee for the Palm Springs International Film Festival.