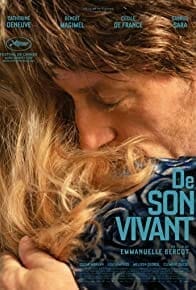 A son (Benoît Magime) in denial of a serious illness. A mother (Catherine Deneuve) facing the unbearable. And between them a doctor and a nurse fighting to do their job and bring them to acceptance. They have one year and four seasons to come together and understand what it means to die while living.