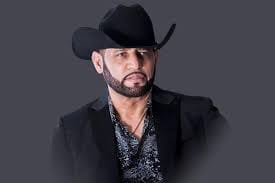 Popular Mexican singer Pancho Barraza will perform on Saturday, November 20at 8 pm in Spotlight 29’s recently renovated Showroom. Tickets range from $65 -$125. Special VIPbooths that can accommodate up to six people are available for $1,200and can be purchased at spotlight29.com. Tickets will go on sale September 3.

About Pancho BarrazaBarraza started his multi-decade career as the lead singer for Banda Los Recoditos, where he helped create the band’swell-known romantic style. At the same time, Barraza began introducing his own songs.

In 1995 he separated from Los Recoditos to launch himself as a soloist and form his own band called Banda Santa María. They produced many popular albums and when they toured, they sold out every venue, earning Barraza the nickname “The idol of the multitudes.”

After a short break, Barazza began producing albums with record company RB Music, and had hit songs in both the Mexican and US markets. He began touring again and sold out some of the most important Mexican and American venues, including the Microsoft Theater in Los Angeles, the Rosemont Theater in Chicago, The Monumental Plaza de Toros in Tijuana, and Auditorio Telmex.

Barraza recently celebratedhis successful 30-year career with an album entitled “30 Anniversary, 30 Songs, 30 Duets.” He is now touring in the United States, where his impressive stage shows featuremore than fifty talented performers including his band, Mariachi performers, and dancers. For more information about this performance, call 760-775-5566 or go to www.spotlight29.com.