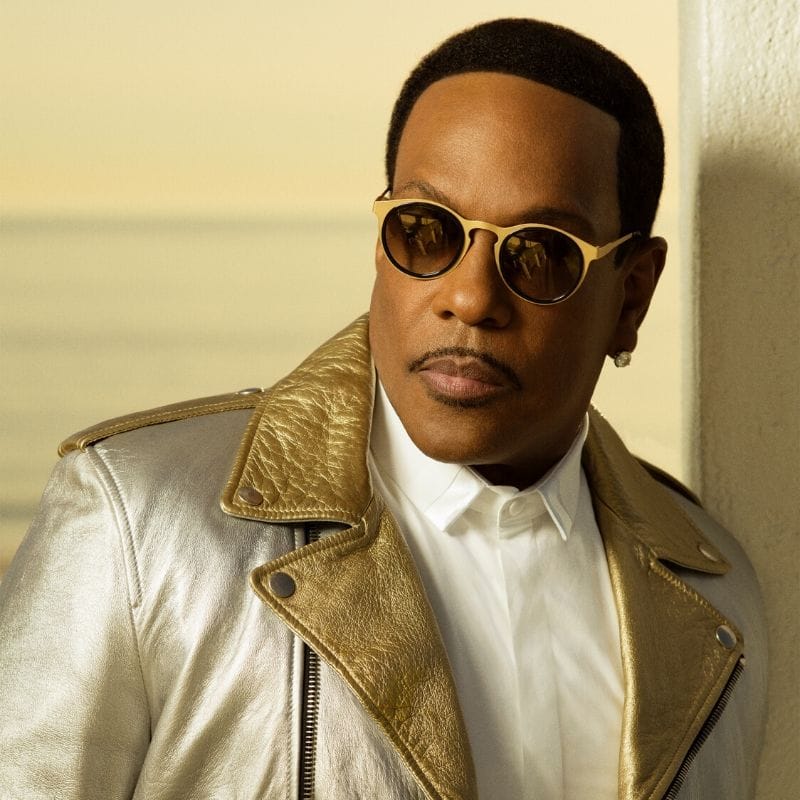 R&B icon Charlie Wilson has notched 10 No. 1 singles, 13 Grammy Award nominations, and a New York Times best-selling memoir in a career that has spanned five decades. Now the Gap Band founder is bringing his must-see show back to Fantasy Springs Resort Casino’s Special Events Center on Saturday, February 15th. Tickets starting at $49 go on sale this Friday, November 15th at Fantasy Springs Box Office, via phone (800) 827-2946 and online at www.FantasySpringsResort.com.

In It to Win It, Wilson’s most recent solo album, earned a 2019 Grammy nomination for Best Traditional R&B Performance for the track “Made For Love” (featuring Lalah Hathaway). The set also includes a pair of chart-toppers in “Chills” (No. 1 on the Adult R&B Songs chart) and “I’m Blessed” (No. 1 on the Hot Gospel Songs). This impressive feat marked the first time an artist has had two different No. 1 songs on these charts at the same time. “I’m Blessed” was also nominated for a Billboard Top Gospel song.

“ ‘I’m Blessed’ says exactly where I am in my life, blessed to still be making music that people want to hear,” says Wilson. “I’m proud to release a song to remind us that we can all find some blessings in our lives.”

In 2018, Wilson stepped in for Cardi B opening on Bruno Mars’ 24K Magic World Tour, performing for thousands of fans in Minneapolis, Detroit, Dallas, Los Angeles and Honolulu. He also joined Kanye West and Kid Cudi on the track “No Mistakes” from West’s album Ye, which debuted at No. 1 on the Billboard 200 chart. Wilson also collaborated with long-time friend Snoop Dogg on the track “One More Day” from Snoop’s Bible of Love album, which debuted at No. 1 on the Billboard Gospel Albums chart.

Before launching his solo career in 2000, Wilson racked up a string of hits in the late ’70s and ’80s as frontman of the Gap Band. The pioneering R&B/funk group charted such frequently sampled classics as “Outstanding,” “Yearning for Your Love,” “Burn Rubber on Me,” “You Dropped a Bomb on Me” and “Early in the Morning.”

Wilson launched his successful solo career in 2000 with the single “Without You” — his first No. 1 Billboard Adult R&B hit. Since then, he’s released seven solo albums and become a consistent chart presence. His tally of 19 hits boasts seven more Adult R&B No. 1s, including “My Love Is All I Have,” “You Are” and “There Goes My Baby.” While garnering 13 Grammy nominations and other industry accolades including BET’s 2013 Lifetime Achievement Award, Wilson continues to be a major concert draw.

In the years between the Gap Band’s heyday and his solo success, Wilson survived drug and alcohol addiction, homelessness and prostate cancer. He chronicled his odds-defying life and career in his 2015 best-selling autobiography, I Am Charlie Wilson. Sober now for 23 years, the singer says, “I wouldn’t have believed I’d be where I am right now. That’s why I shout every night because I thank God for allowing me to be here.”

As a tribute to his hard-earned sobriety, helping homeless addicts and educating the African American community about prostate cancer, Wilson was honored at the 2018 NAACP Image Awards with the first ever Music Makes A Difference Award.