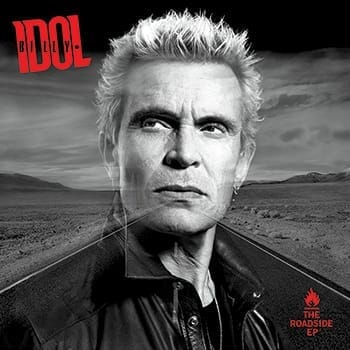 That face, that name, that sneer. Rock icon BILLY IDOL and his band, featuring longtime guitarist Steve Stevens, is taking the stage at The Show at Agua Caliente Resort Casino Spa on Saturday, August 13 at 8:00 p.m. Tickets go on sale this Friday, May 6 at 10:00 a.m.

Idol’s newly announced shows support last year’s The Roadside EP, Idol’s first new release in seven years which USA Today described as “instilled with renewed vigor” and featuring the single “Bitter Taste,” a song “that shows Idol is unbowed and still snarling – and just a little bit wiser” according to Consequence of Sound. Later this year Idol will release a second EP on Dark Horse Records and tour South America, the UK and Europe.

For forty-five years, Idol has been one of the faces and voices of rock’n’roll, with an artistic resume to match the brilliant light of the image. First as the camera-ready front man for Generation X, between 1977 and 1981 Idol emerged with three albums that made positivity, emotional depth, and high pop synonymous with punk rock. In 1982, Idol embarked on a remarkable transatlantic/transgenre solo career that integrated clubland throb, wide-screen depth and drama, rockabilly desperation, the bold and simple lines of punk, and rock’n’roll decadence.

Decades after releasing his first 45, Billy Idol still makes gliding, thumping, cinematic songs about sin, redemption and the love of rock’n’roll. Produced by Butch Walker (Green Day, Weezer, amongst many others), The Roadside tour takes Billy Idol into new but familiar waters full of color, power, atmosphere, attitude, and mystery.

On The Roadside tour, Idol is joined by his friend and collaborator since 1981, guitarist and co-songwriter Steve Stevens. For 40 years Steve has been Idol’s sonic assassin and master blender of tones and textures, the thinking man’s shredder and the shredding man’s Picasso.