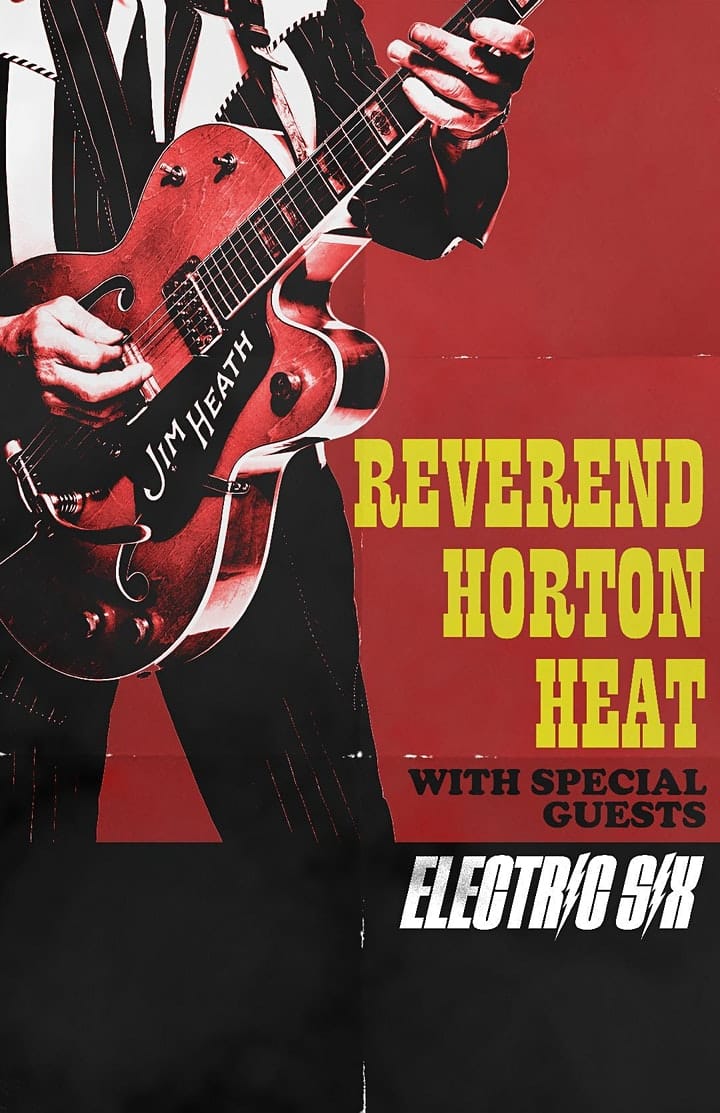 REVEREND HORTON HEAT have been the outlet of this creative mind for 29 years, leading to 10 full-length albums, 3 “best-of” collections, 2 DVD releases and thousands of memorable live performances. Never reaching platinum status or having a #1 radio single hasn’t been a problem for the Rev either, the band has continually been a mainstay of late night television and has toured with legendary acts such as Johnny Cash, Motorhead, Marilyn Manson, The Ramones, and many more, all of whom hold the Rev in the highest regard, as a true music industry legend.

Electric Six is a six-piece American rock band formed in 1996 in Royal Oak, Michigan. Their music was described by AllMusic as a combination of garage, disco, punk rock, new wave, and metal. The band achieved recognition in 2003 with the singles “Danger!