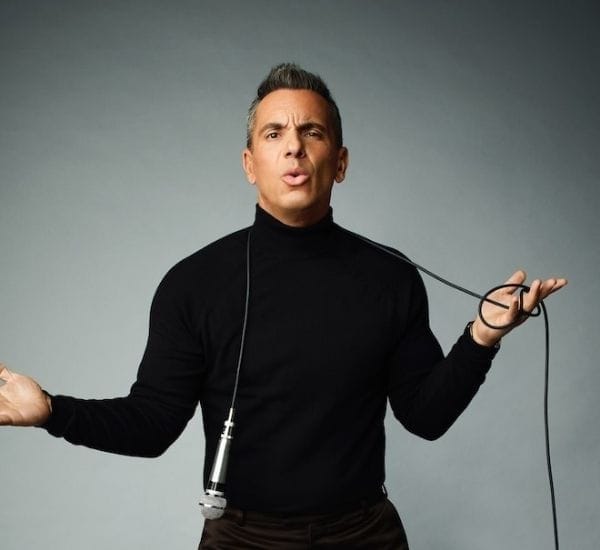 Sebastian Maniscalco, “the hottest comic in America” (The New York Times), is hitting the road with his all-new Nobody Does This Tour, which includes a stop at Fantasy Springs Resort Casino on Saturday, November 13th at 8 p.m. Tickets ($59, $79, $99, and $129) go on sale THIS Friday, May 14th at the Fantasy Springs Box Office, via phone (800) 827-2946 and online at www.FantasySpringsResort.com.

Maniscalco has reached heights few comedians have ever achieved, including a string of record-breaking, sold-out arena shows at Chicago’s United Center and Boston’s TD Garden, plus a historic four-show run at New York’s Madison Square Garden. Coupled with his hugely popular Netflix specials and a memorable role alongside Robert DeNiro, Al Pacino, and Joe Pesci in Martin Scorsese’s Oscar-nominated film “The Irishman,” it’s no surprise that Maniscalco’s star continues to rise.

Now, after over a year off the road, Maniscalco is returning to the stand-up stage with the Nobody Does This Tour. And with so many new experiences to draw from, he’s eager to bring his comedic observations to the masses. “I’ve been unable to share my comedy for over a year,” he says. “I’m busting at the seams to get back out on the road and share my observations about life and family on this brand-new tour!”

During the time off, Maniscalco discovered new ways to connect with fans and flex his comedic muscles — including hosting several virtual dinners with friend/chef Dominick DiBartolomeo. Billed as Sebastian’s Sunday Supper, it features delicious food and amazing special guests such as Jerry Seinfeld, Lester Holt, J.J. Watt and Christopher Lloyd. The comedian also guest-hosted ABC’s Jimmy Kimmel Live! and added executive producer to his resume with the stand-up special Pat McGann: When’s Mom Gonna Be Home? Next up, Maniscalco explores the world of food in his own Discovery+ show to be released later his year.

Tickets for Sebastian Maniscalco’s Nobody Does This Tour are $59, $79, $99, and $129, on sale this Friday, May 14th at 10 a.m. For more information, please visit www.FantasySpringsResort.com.