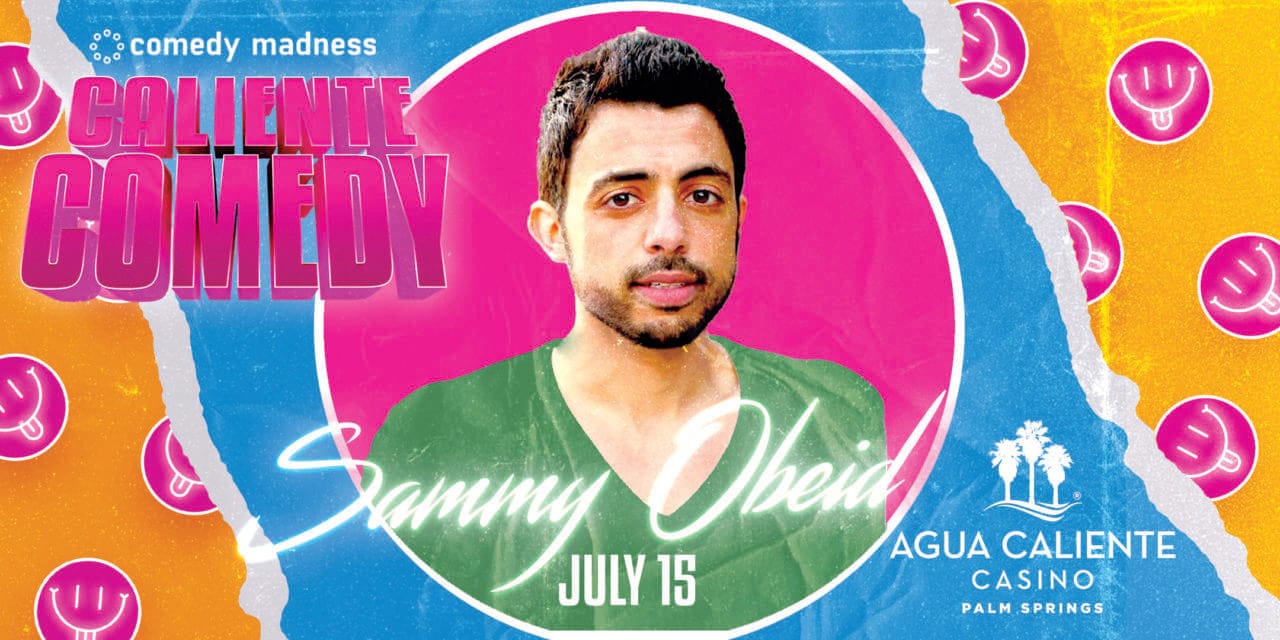 Comedy Madness Presents:
Caliente Comedy Nights
Friday July 15 with headliner :
Sammy Obeid
Here are things to know before you go:
• Must be 21 or over
• Doors open at 7pm with a 8pm showtime
• Drinks served throughout the show
• All ticket purchases are final, no refunds or exchanges
• Free covered parking in attached garage

Visit @comedymadnessshow on Instagram for past show line ups, pictures and to DM us with questions.
Comedy Madness is one of the largest stand up comedy promotions companies in the world, producing thousands of shows in North America since 2009, including weekly showcases in Los Angeles at the Comedy Store, Laugh Factory and Ice House Comedy Club.
From Caroline’s on Broadway to the Comedy Store on Sunset, all of your favorite comics have performed on the Comedy Madness Show.
About Sammy:
Lebanese-Syrian-Palestinian-Italian American (try saying it really fast) Sammy knows a lot about mixin’ it up. After double majoring in Business and Math at UC Berkeley—which is why he does comedy now—Obeid blends his college experience with his love for being the life of the party, breaking down the latest trending topics into deliciously-medicinal bite-size jokes that make you laugh your abs into a six pack while simultaneously getting smarter. Voted “Fastest Rising Star” in Campus Activities Magazine, Sammy is the currently the host of Netflix’s acclaimed show 100 Humans, where he conducts mind-blowing scientific and social experiments on a group of 100 test subjects (don’t worry they agreed to it). He’s also appeared on NBC’s America’s Got Talent, Last Comic Standing, TBS’s Conan, and often reminds strangers that he was the first comedian to ever tell jokes on the Food Network (sorry Rachael Ray). In 2013, he may have even impressed his parents by setting a world record of performing comedy 1,001 consecutive nights, with his story featured in Time Magazine and The New York Times. As soon as the pandemic hit, Sammy opened his own virtual comedy club, KO Comedy, which allows comedians from all over the globe to continue working their craft and making money during these hard times. It should come as no surprise that he’s also running for President in 2036, so mark your calendar!