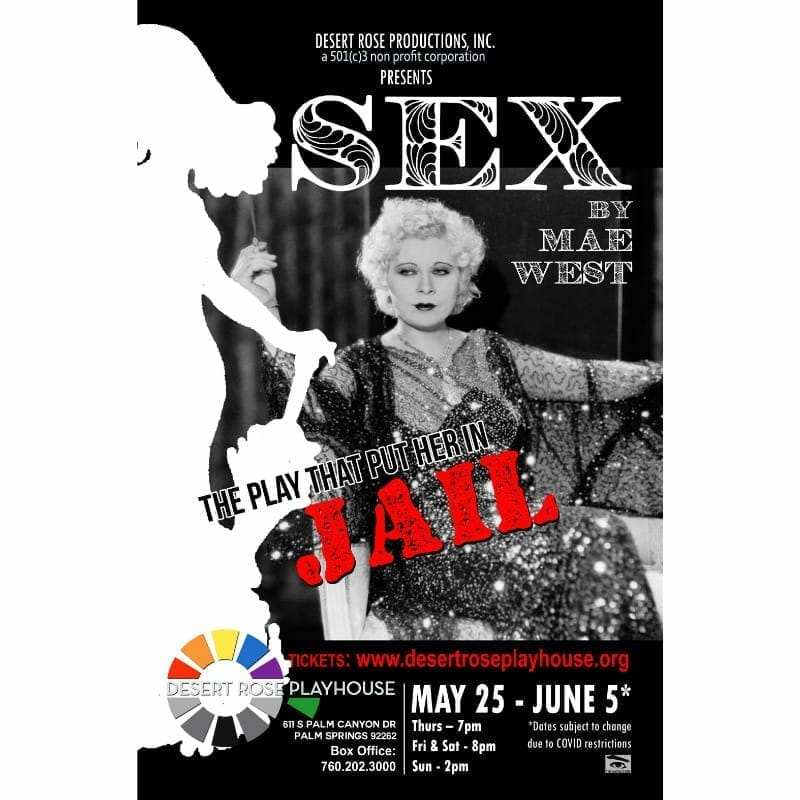 SEX The Play That Sent Mae West To Jail! presented at the Desert Rose Playhouse in Palm Springs

The Play That Sent Mae West To Jail!

Sex received many scathing reviews from a variety of critics because of the play’s moral implications.

The New York Times considered it be a “crude and inept play, cheaply produced and poorly acted” while Billboard condemned it as “the cheapest most vulgar low show to have dared to open in New York this year”.

When the show opened, Broadway had been in a commercial slump, yet in spite of this and the negative press, SEX played to full audiences and was the only play on Broadway that season to stay open through the summer, into the following year.

There were 375 performances before the New York Police Department raided West and her company in February 1927.

They were charged with obscenity, after 325,000 people had watched it, including members of the police department and their wives, judges of the criminal courts, and seven members of the district attorney’s staff.

On April 19, 1927, actress Mae West pulled up to Welfare Island, now known as Roosevelt Island, in the back of a limo. She was sharply dressed down to her silk underwear and carrying a bouquet of white roses. When she stepped out of the limo, she smiled for the waiting photographers…and then checked into the women’s prison to begin serving a 10-day sentence.