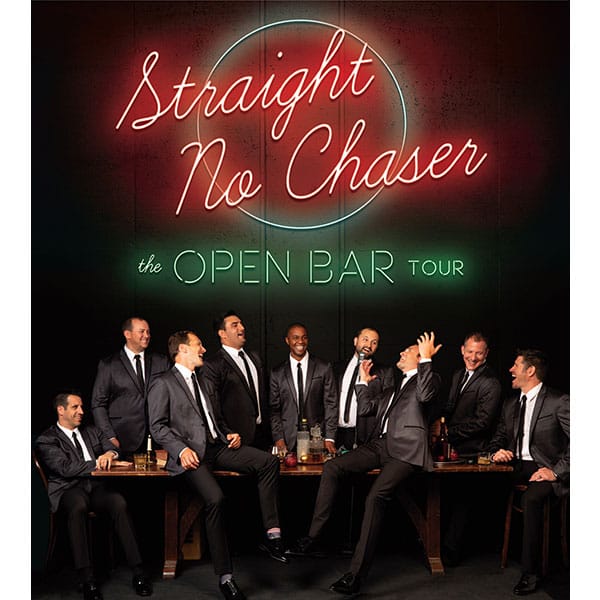 Straight No Chaser Perform at The McCallum Theatre in Palm Desert

If the phrase “male a cappella group” conjures up an image of students in blue blazers, ties and khakis singing traditional college songs on ivied campuses…think again. Straight No Chaser (SNC) are neither strait-laced nor straight-faced, but neither are they vaudeville-style kitsch. They have emerged as a phenomenon with a massive fanbase, numerous national TV appearances and proven success with CD releases. Straight No Chaser is the real deal, the captivating sound of nine unadulterated human voices coming together to make extraordinary music that is moving people in a fundamental sense…and with a sense of humor. On the road, Straight No Chaser has built a reputation as an unforgettable live act.